Americans viewed a record 20 billion video ads in June 2013, and Google Sites, driven by video viewing at YouTube.com, ranked as the top online video content property for the month, according to recent data from comScore.

More than 44 billion video content views occurred during June, with Google Sites generating the highest number at nearly 15.7 billion, followed by AOL with 775 million, and Facebook with 730 million. Google Sites had the highest average engagement among the top 10 properties.

Google Sites had 158.3 million unique viewers in June, followed by Facebook with 61.6 million, AOL with 51 million, VEVO with 49.3 million, and Microsoft Sites with 46.8 million. 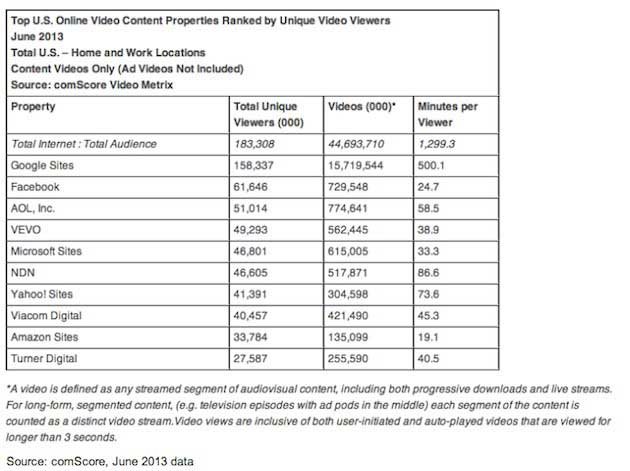 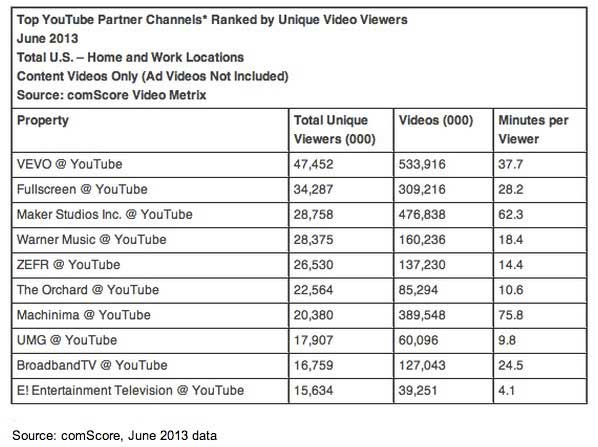 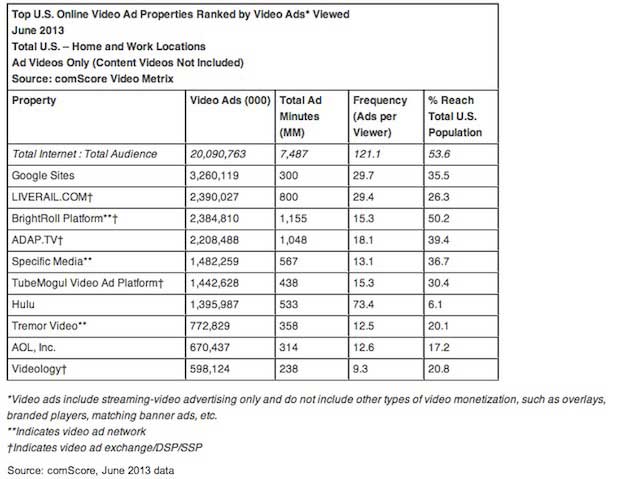