"Textbooks" was the top back-to-school paid search keyword last summer for both spend ($829,857) and impressions (18,866,205), according to a recent analysis by AdGooroo.

The second most popular keyword, "school supplies," had nearly as many impressions as "textbooks" (17,300,378) but a fraction of the spend ($153,625), reflecting the higher price (and profit margins) of college and high school textbooks compared with general school supplies such as pencils and notebooks.

Below, additional key findings from the study, which examined the performance of 318 back-to-school terms in July and August 2012 on the US Google AdWords and Yahoo Bing networks.

"School uniforms" was the third most popular back-to-school paid search keyword. "Used textbooks" was fourth, and "soccer cleats" was fifth. 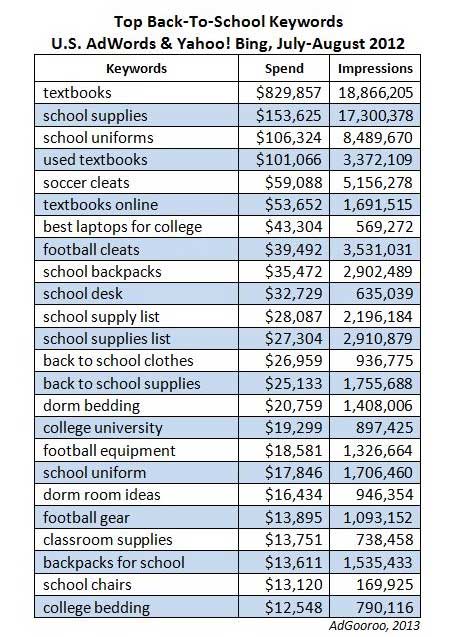 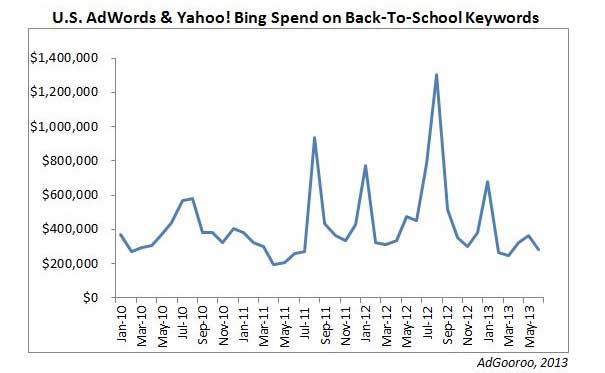 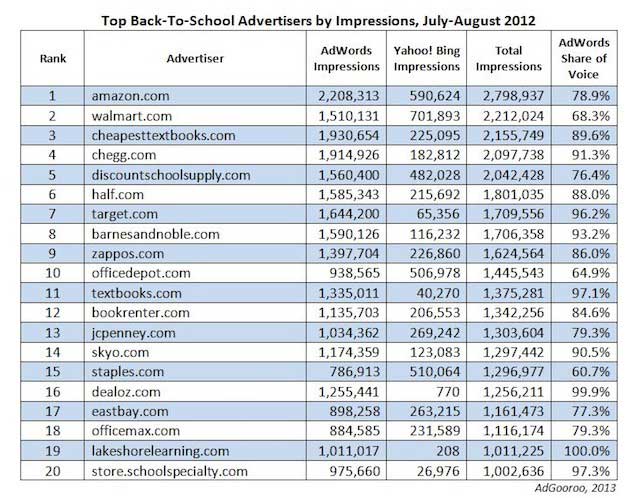 About the research: The report was based on an analysis of the spend on 318 actively sponsored keyword terms in July and August 2012 that signaled back-to-school-related shopping, such as searches containing "school," "college," "textbook," or relating to various fall team sports.