How Brands Are Using Tumblr

Just under one-third (31%) of the Interbrand Top 100 Brands have created Tumblr accounts, according to a recent report by Simply Measured.

Most (27) of the 31 brands with Tumblr accounts also have Pinterest or Instagram accounts, suggesting that companies are using the service as a complement to those other social networks. 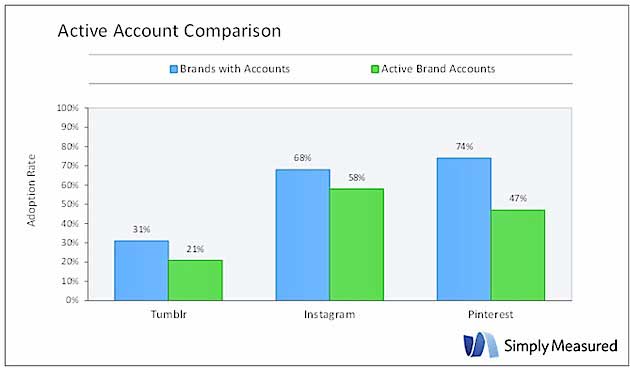 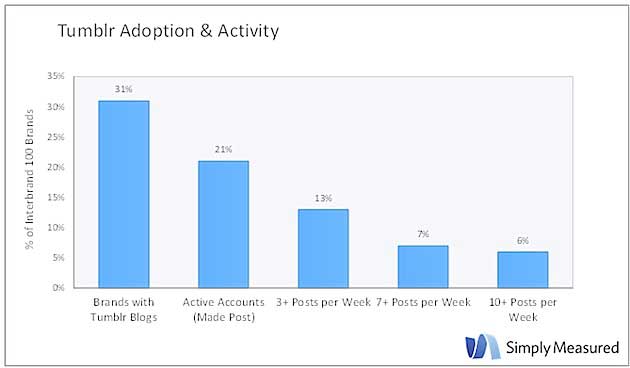 95% of the brands' posts were photos in the 30-day period examined, and photos received 98% of all reblogs. 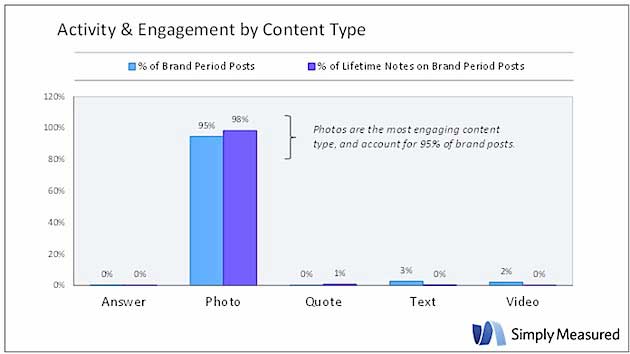 The Impact of Reblogs 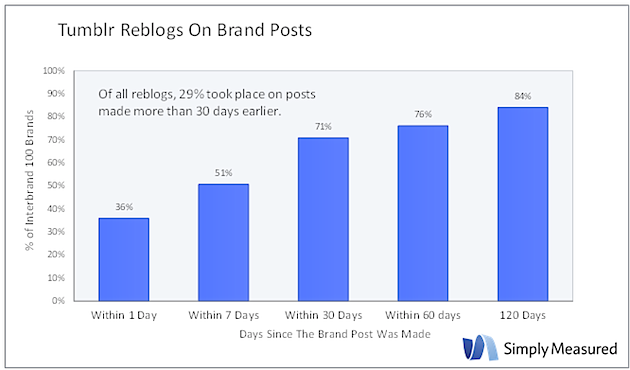 About the research: The study was based on an analysis of Tumblr posts by the Interbrand Top 100 Brands from July 5 to August 4, 2013. The data came from Simply Measured's analytics and reporting platform.