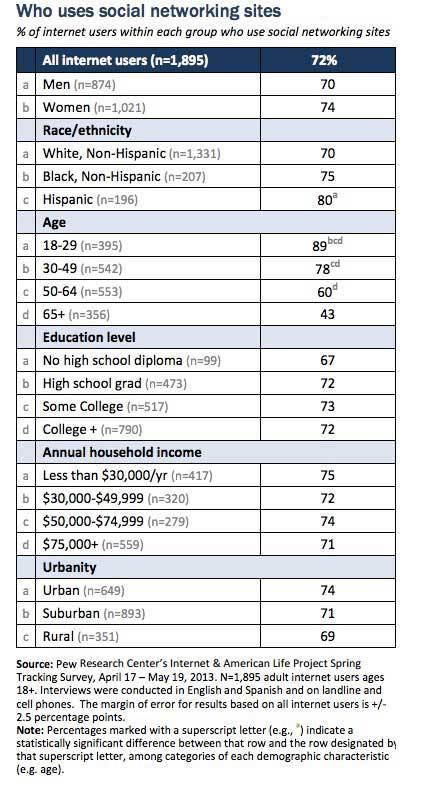 Below, additional key findings from the Pew report, which was authored by Joanna Brenner and Aaron Smith.

Not Just for Kids 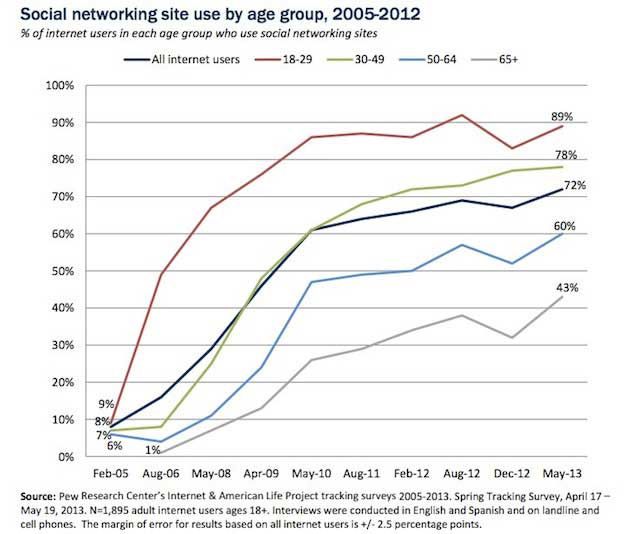 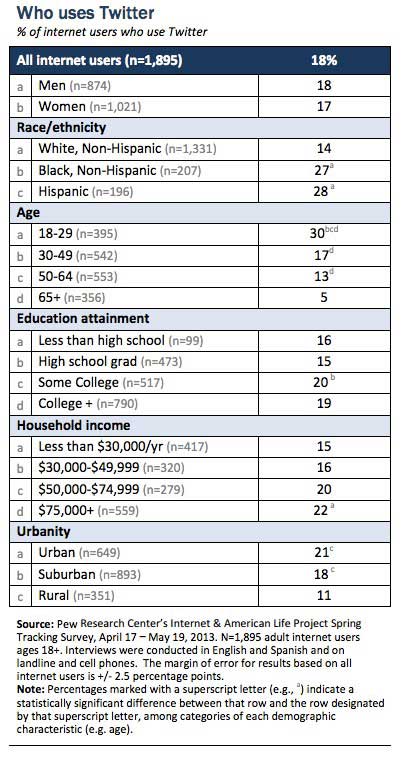 Internet users age 18-29 are the most likely to use Twitter. 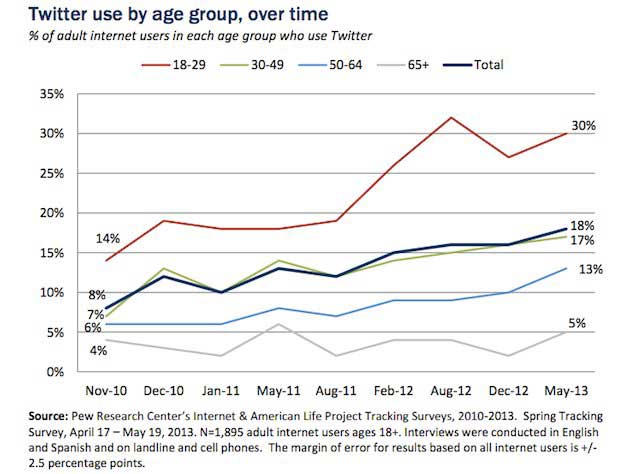