Consumers Open to (Some) Mobile Interactions With (Some) Brands

Most consumers (80%) would share their mobile location data with brands in return for receiving useful SMS or push messages, according to a recent survey by mBlox.

However, most would only do so with known or favorite brands and would want to ensure the messages contain relevant marketing opportunities, alerts, and notices that they have elected to receive.

The vast majority of survey respondents (88%) said they should have the option to opt in before a company contacts them on their mobile devices.

Asked why they would share mobile location data with a company...

Below, additional key findings from the report, which was based on data from a survey of 1,500 consumers in the US and seven European countries. 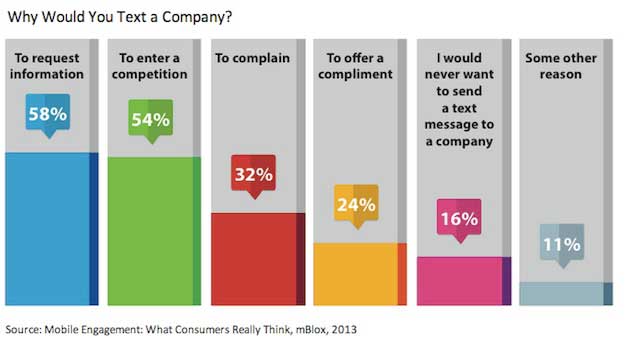 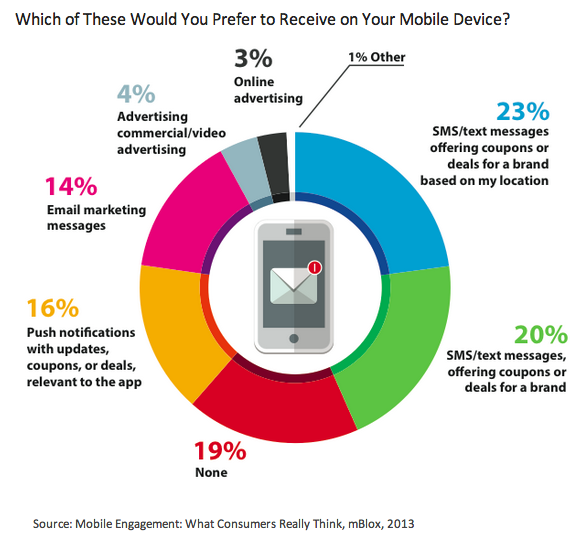 About the research: The report was based on data from a survey of 1,572 mobile users over the age of 18 who had downloaded an app in the past 12 months in the following countries: the US, the UK, Australia, New Zealand, France, Germany, Spain, and Italy. The survey was conducted between July 16, 2013 and July 24, 2013.

Continue reading "Consumers Open to (Some) Mobile Interactions With (Some) Brands" ... Read the full article