For the first time in the history of Interbrand’s Best Global Brands report, there is a new number one brand: Apple.

Google jumped to number two on the list and Coca-Cola, the brand that held the number one position for 13 consecutive years, fell to number three. 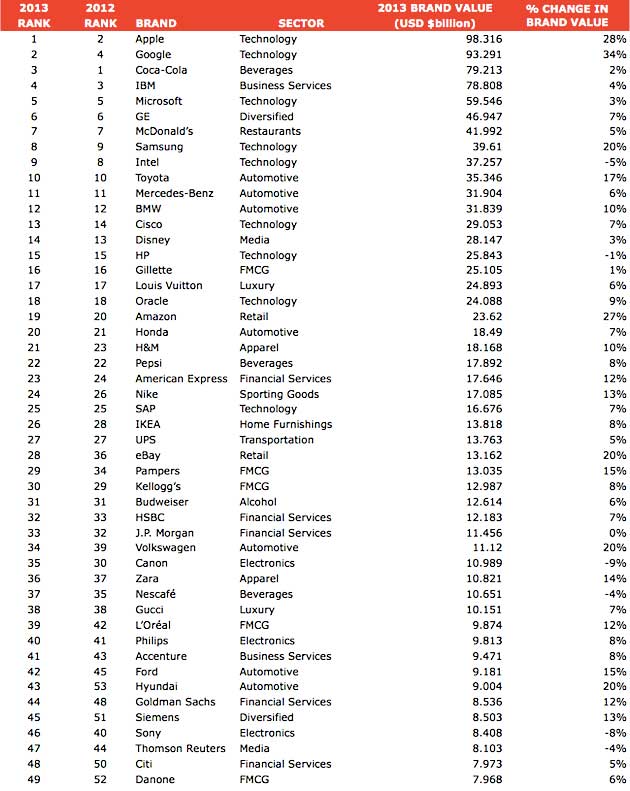 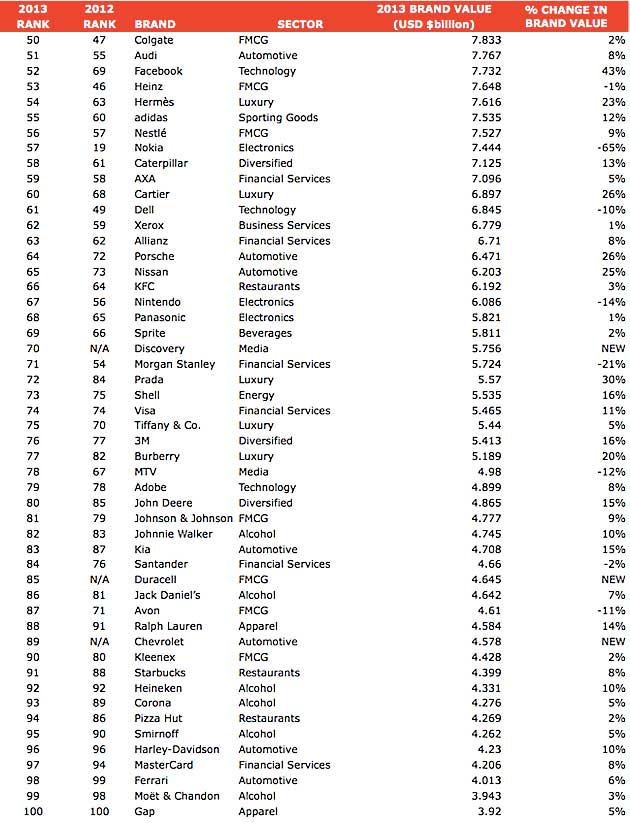 Despite the strong performance of many brands in the sector, a number of tech and consumer electronic brands did not rise, or even earn a position, on this year's ranking. Most notably, one-time category leaders Yahoo and Blackberry fell off the ranking entirely, while Nokia (#57, -65%) experienced the largest decline in brand value in the history of Best Global Brands. Nintendo (#67, -14%), and Dell (#61, -10%) also declined in brand value.

Although China's GDP growth has slowed, luxury brands performed solidly in this year's Best Global Brands ranking. Seven of the 100 most valuable brands hail from the luxury sector, and each increased its brand value by five percent or more.

Financial Services on the Rise

Eight of the 11 financial services brands in this year's Best Global Brands ranking experienced an uptick in brand value.

Automotive Has a Good Year

Of the 14 automotive brands on the list, nine experienced double-digit percentage increases in terms of brand value.

About the research: Interbrand compiled the ranking by analyzing brands' financial performance, role in influencing consumer choice, and ability to command premium prices.