Are Companies Getting a Positive ROI From Social Media?

Some 38% of large consumer companies report a positive return on their social media investments, more than double the number of companies with a negative ROI (18%), according to a recent report by Tata Consultancy Services (TCS).

However, 44% of consumer companies haven't yet measured the return on investment of their social media efforts: 32% haven't measured ROI but plan to, and 12% have no plans to measure the return. 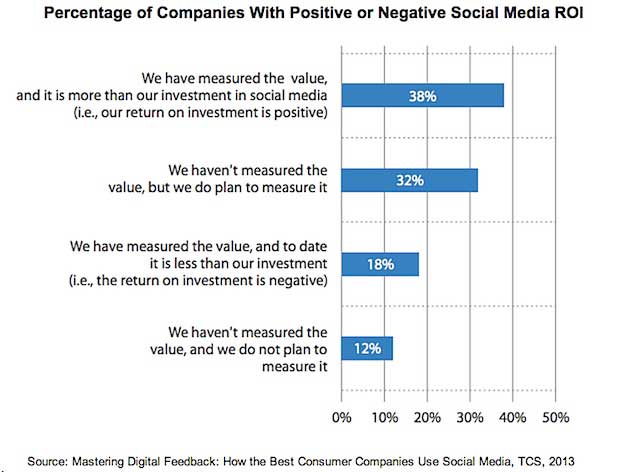 Below, additional key findings from the report, which was based on data from a survey of 655 large consumer companies located in North America, Europe, Asia-Pacific, and Latin America.

Return on Investment by Industry 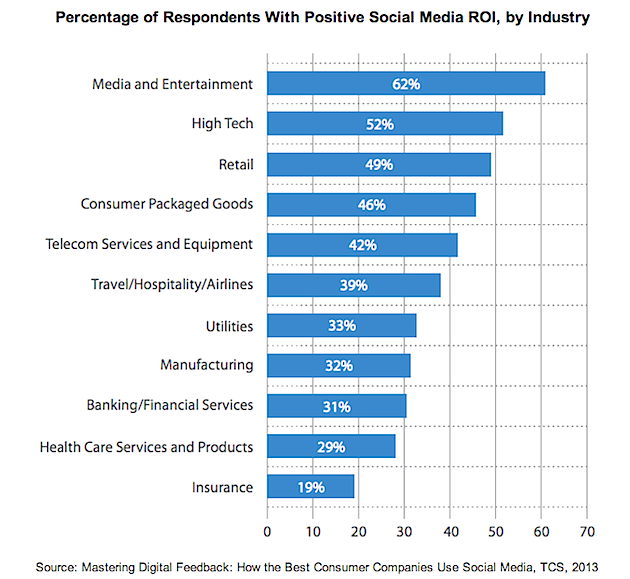 The ROI of social media varies markedly by region of the world: 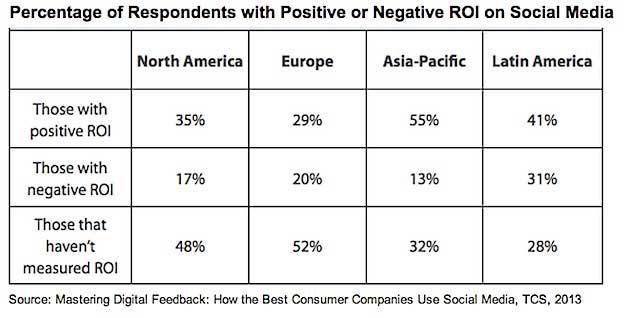 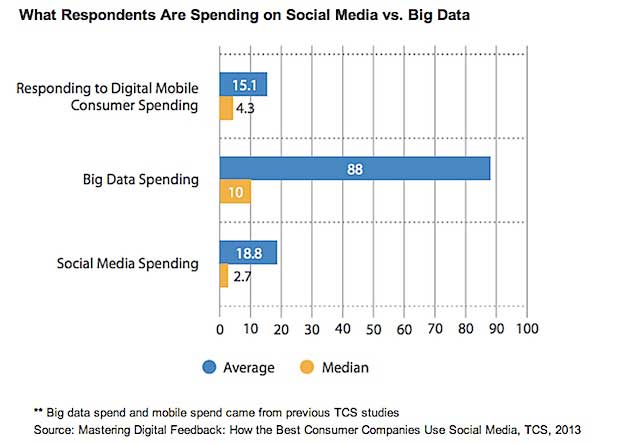 About the research: The report was based on data from a survey conducted in in June and July 2013 of 655 large consumer companies located in North America, Europe, Asia-Pacific, and Latin America (average revenue of $15.6 billion; a median of $4.9 billion).