In the third quarter of 2013, paid search impressions, clicks, and advertiser spend increased for both Google and Bing (which includes the Yahoo search partnership), according to a recent report by The Search Agency. 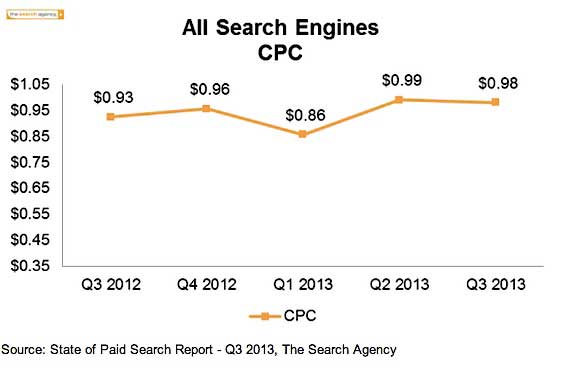 Below, additional key findings from the report, which was based on data from US search engine marketing campaigns run by The Search Agency in 3Q13. 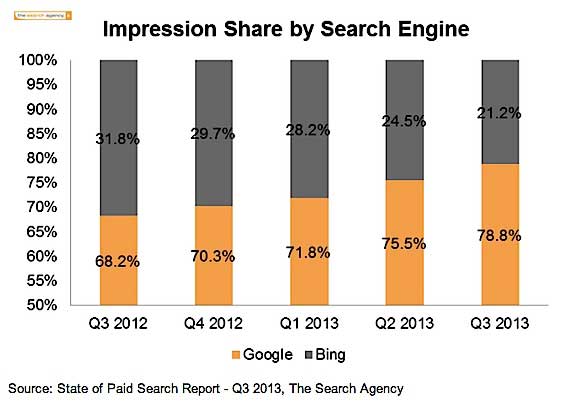 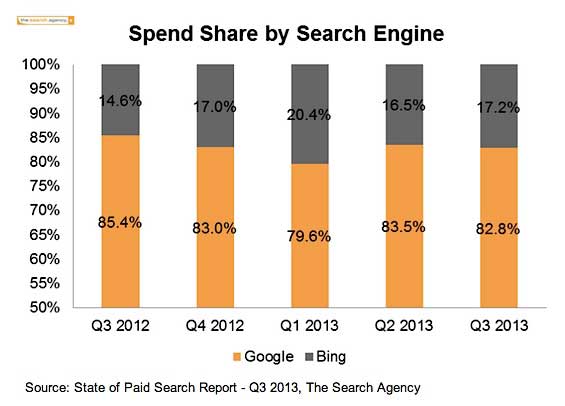 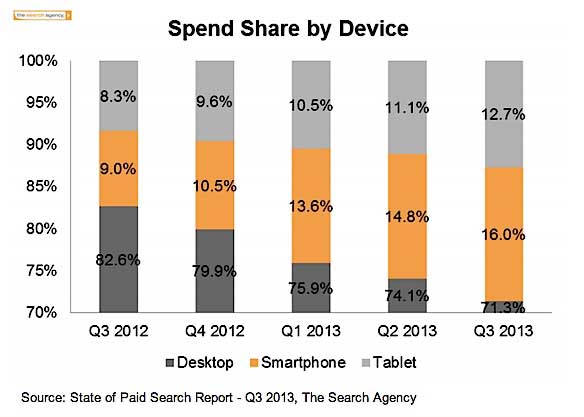 About the research: The report was based on data from US search engine marketing campaigns run by The Search Agency in the third quarter of 2013. The sample only included advertisers who had fifteen consecutive months of data with The Search Agency and an established/stable business model from 3Q12 to 3Q13.