Agencies Intrigued, and Confused, by Video Ads on Social Networks

Nearly one-third (32%) of agency executives think they are already advertising on Facebook with video ads, something not yet possible on the platform, according to a recent report by Mixpo.

That confusion is perhaps not surprising, considering that just 26% of agency execs surveyed describe themselves as "reasonably competent" regarding video advertising on social media. Another 40% say they are still "growing their capability."

Below, additional key findings from the report, which was based on data from a poll of more than 100 US agency executives. In the survey, "video advertising" was defined as campaigns marketers pay to run, and did not include branded videos posted on social networks for free. 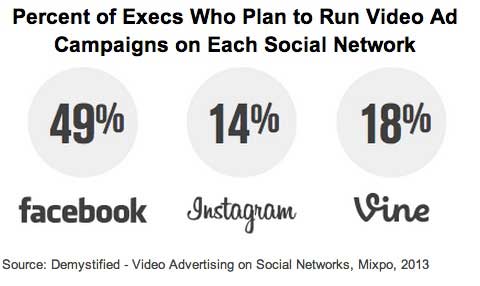 About the research: The report was based on data from a survey of 100 US agency executives conducted in October 2013.