Three-quarters of US children 8 and under now have access to some type of "smart" mobile device at home (such as a smartphone or tablet), a jump from 52% just two years ago, according to a recent report by Common Sense Media.

In particular, access to tablets has spiked, with a fivefold increase in ownership of devices such as iPads in the past two years among families with young children: from 8% in 2011 to 40% in 2013. 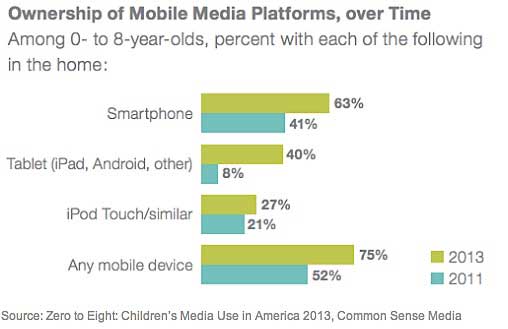 Below, additional key findings from the report, which was based on a nationally representative survey of 1,463 US parents of children age 8 and under. 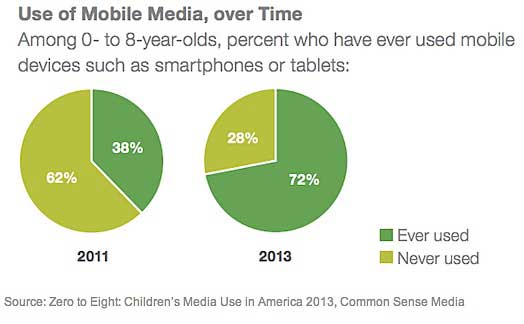 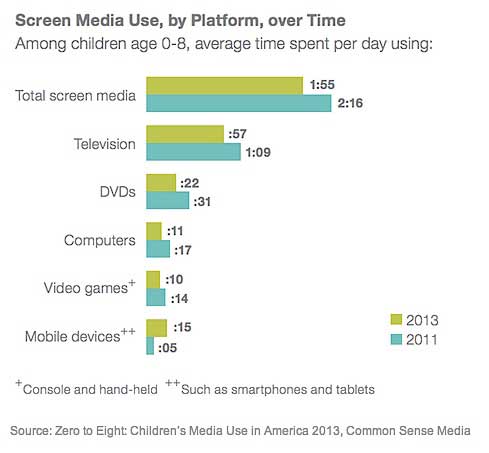 About the research: The report was based on data from a nationally representative survey of 1,463 US parents of children age 8 and under, including an oversample of African-American and Latino parents. The survey was conducted from May 20 to June 12, 2013.