Search ads with "extensions" have generally benefited from Google's recent Ad Rank update, though overall paid search ad performance has declined, according to a recent analysis by The Search Agency.

The average click-through rate (CTR) has declined slightly for ads with extensions, but average page position has improved 4% and cost-per-click (CPC) has gotten better, dropping 5%. 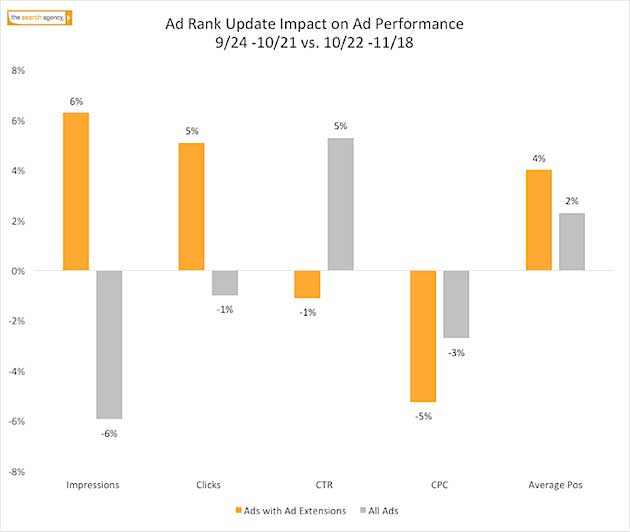 The Search Agency also looked at the impact of the update on specific types of ad extensions. With the exception of application extensions, clicks for all formats increased after the change became active.

Specifically, location extensions and review extensions appear to be favored by the revised formula. 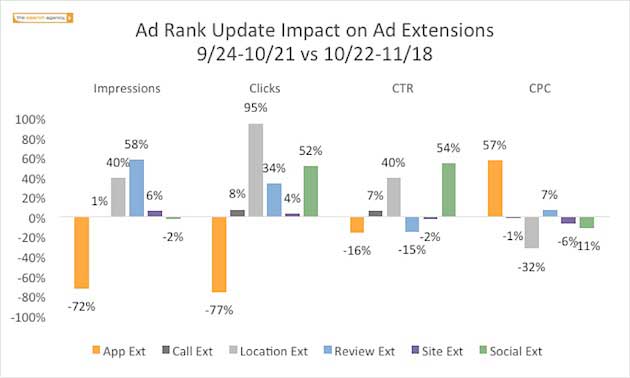 About the research: The report was based on impression, click, CTR, CPC, and average position data collected in the two weeks following the Ad Rank changes, which were implemented on October 22, 2013.