The social platform with the youngest global user base is Tumblr, followed by Instagram and Pinterest, according to a recent report by GlobalWebIndex.

The analysis was based on survey data from a panel of people with Web access living in four countries at different stages Internet development: India, South Africa, Spain, and the United States.

To determine the age profiles of top platforms, GlobalWebIndex asked respondents of various ages to list which social networks they had used in the past month.

Although the results varied based national demographics (e.g., India has the youngest Internet population and so a smaller percentage of older users), some trends can be seen across all four countries: 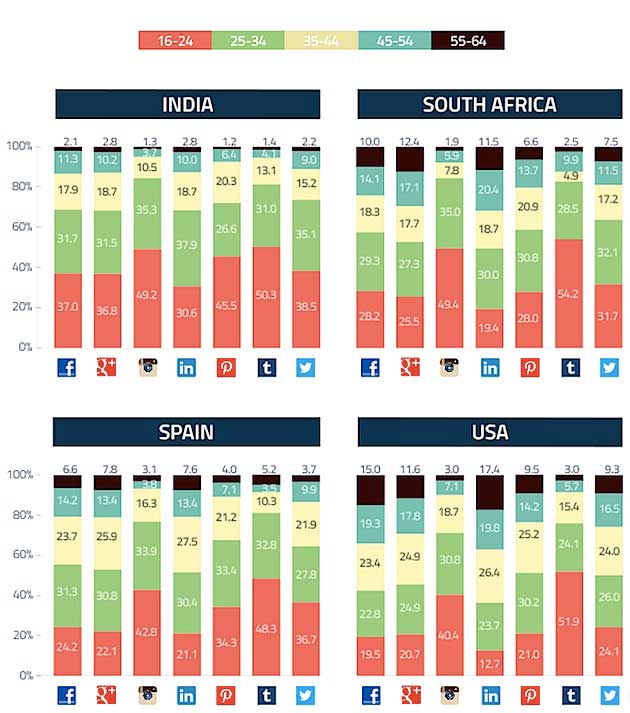 About the research: The report was based on data from an online survey of global Internet users conducted in 3Q13.