Handsets made by Apple are not the mobile devices most sought after by consumers in four key global markets, according to a recent report by Upstream and YouGov.

The devices coveted most by consumers surveyed in Brazil, India, Nigeria, and Saudi Arabia are those made by Samsung, which was picked by 32% of respondents as their brand of choice if cost is not a factor.

Despite its steady loss of global market share over the past few years, Blackberry remains the fourth most-favored mobile headset brand. 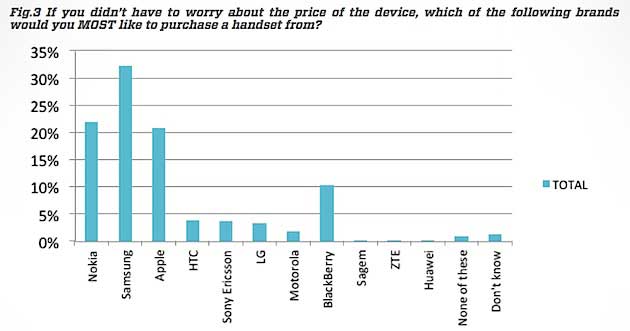 Below, additional key findings from the report, which was based on data from a survey of 3,670 adults with Internet access in Brazil, India, Nigeria, and Saudi Arabia. 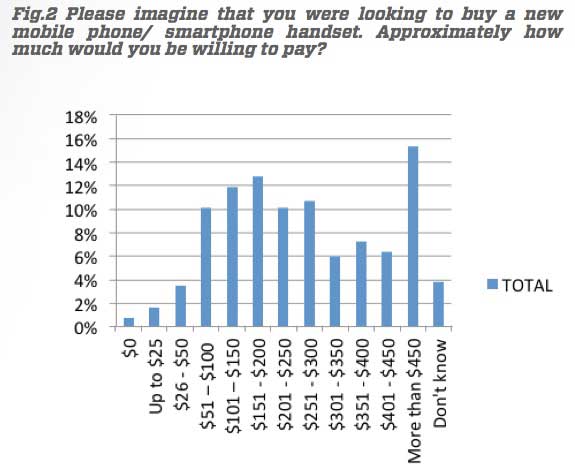 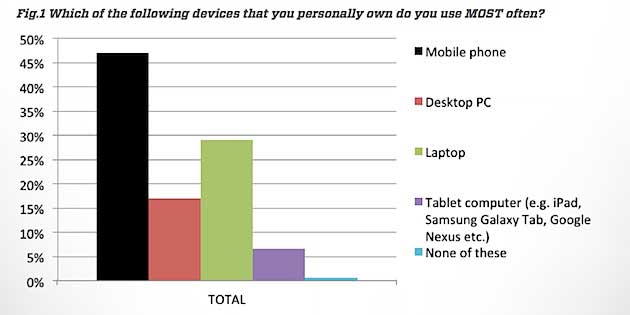 About the research: The report was based on data from a survey of 3,670 adults with Internet access in Brazil, India, Nigeria, and Saudi Arabia.