In total, 188.2 million Americans—86.9% of the US Internet audience—watched online videos during the month.

Google Sites, driven primarily by video viewing on YouTube, ranked as the top online video content property in December, with 159.1 million unique US viewers. Facebook was second, with 79.1 million viewers, followed by AOL, with 76.2 million.

Google Sites also generated the highest number of views, with 13.4 billion, followed by Facebook with 3.7 billion, and AOL with 1.4 billion. 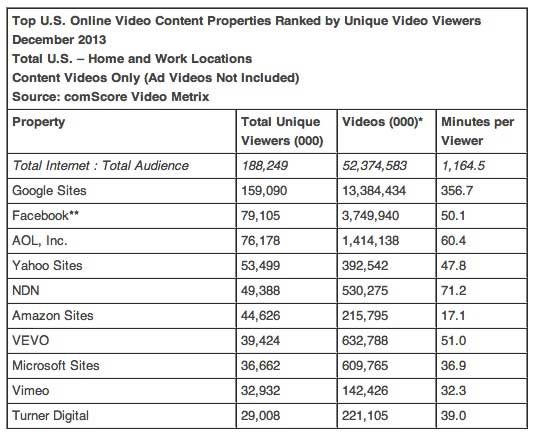 Below, additional key data from the report. 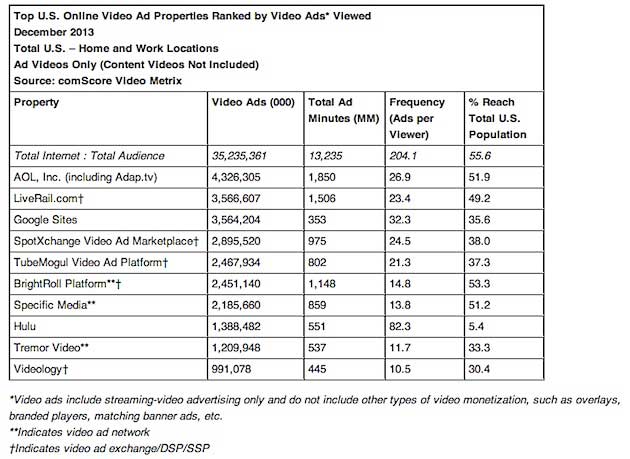 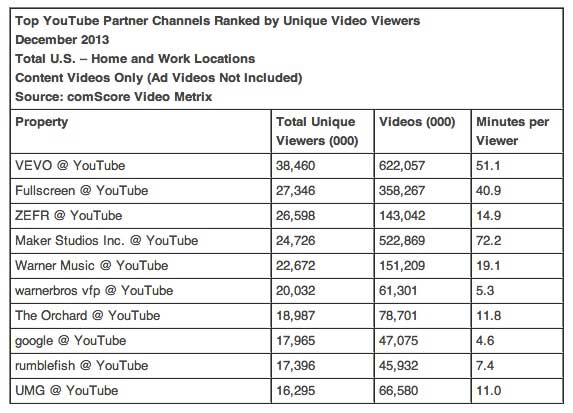