How Companies Use Twitter: Big Brands vs. Small Brands

However, smaller companies share more links and use more hashtags in their tweets than their bigger brethren.

The study examined the Twitter activity in 4Q13 of the Interbrand 2013 Top 100 Brands and the Forbes 100 Best Small Companies in America—which includes organizations with annual revenues of $5 million to $1 billion.

Not surprisingly, Simply Measured's analysis found the Interbrand 100 have more followers and retweets than the smaller companies. However, the larger brands are also posting more often to Twitter: They tweeted 12 times a day on average in 4Q13, compared with three times daily for the smaller companies. 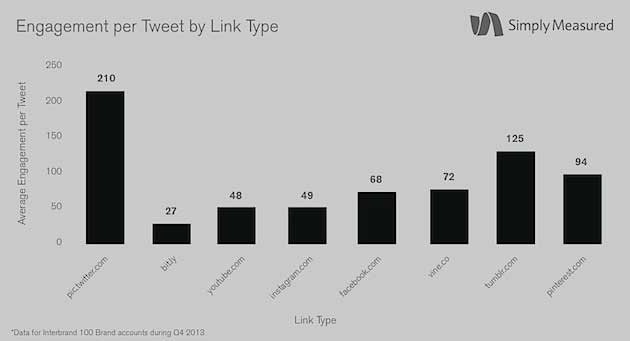 About the research: The report was based on data from the 4Q13 Twitter account activity of the Interbrand 2013 Top 100 Brands and the Forbes 100 Best Small Companies in America.