Most marketing agencies (69%) expect business opportunities to increase in 2014, according to a recent report by RSW/US.

Agency optimism is confirmed by the plans of clients: 75% anticipate 2014 will be an investment year for their companies, and 50% expect to increase "somewhat" or "significantly" their marketing spends in 2014 (compared with last year's much lower 38%). 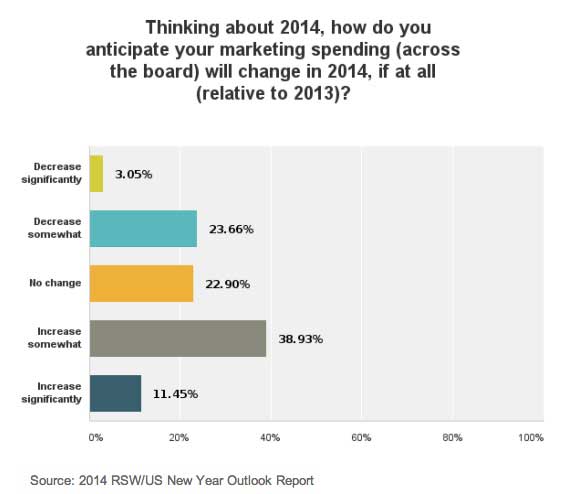 Below, additional key findings from the report, which was based on data from a survey of 150 US-based senior level marketers and 170 marketing agency executives. 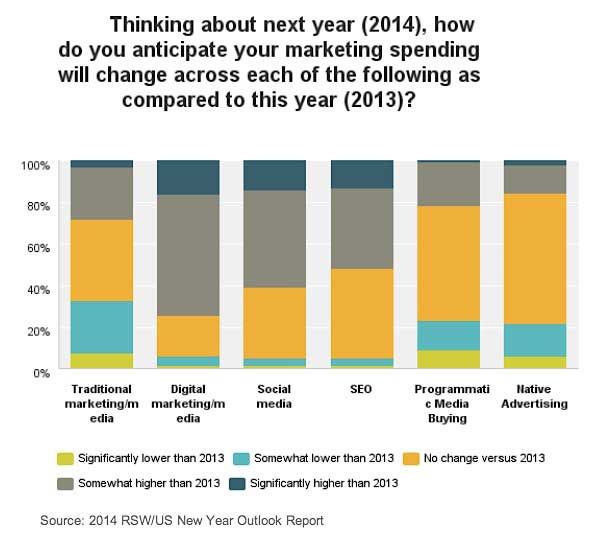 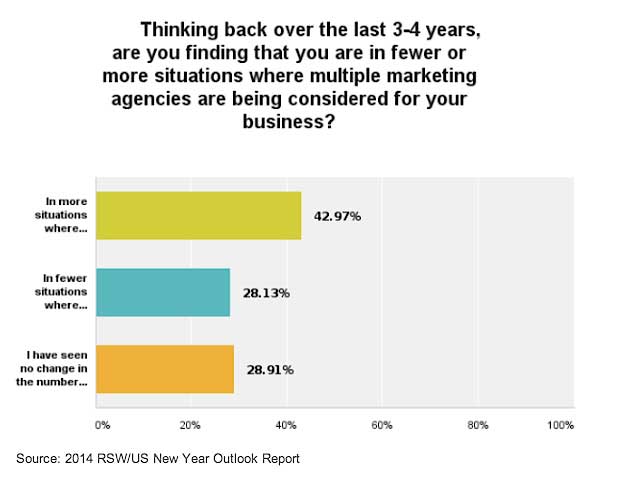 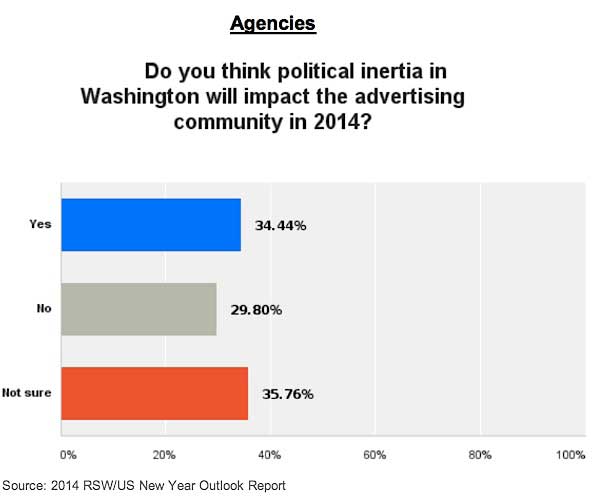 About the research: The report was based on data from a survey conducted in December 2013 of 150 US-based senior level marketers and 170 marketing agency executives.