Some 85% of CMOs say their efforts at implementing an omni-channel marketing strategy are being thwarted by a lack of access to data and inadequate tools/technology, according to a recent report by the CMO Club and Visual IQ.

Moreover, 82% say an inability to measure cross-channel performance is standing in their way to implementing an effective strategy, and 80% cite a lack of in-house talent.

Omni-channel marketing was defined in the report as "a strategy...in which brands plan, execute, measure, and optimize their efforts through every marketing touchpoint experienced by their target audience." 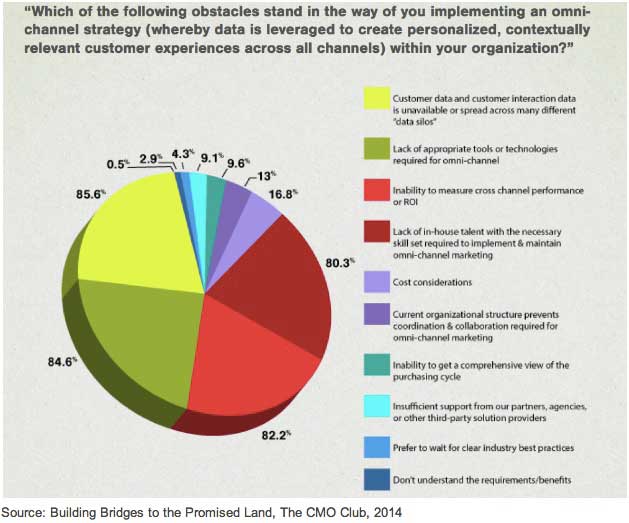 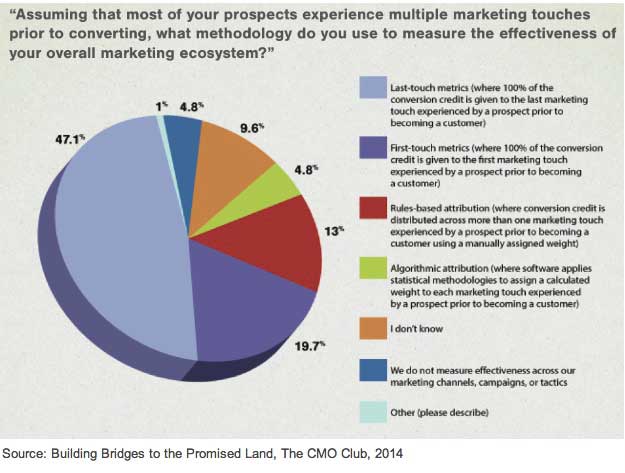 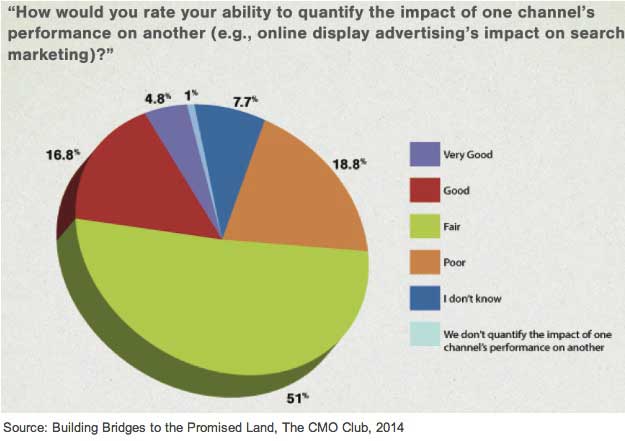 CMOs identify "Mobile Commerce/Mobile Advertising" and "Harnessing Big Data" as their two highest priorities for the next 12 months. Both categories are considered "Very Important" by 28.4% of respondents. 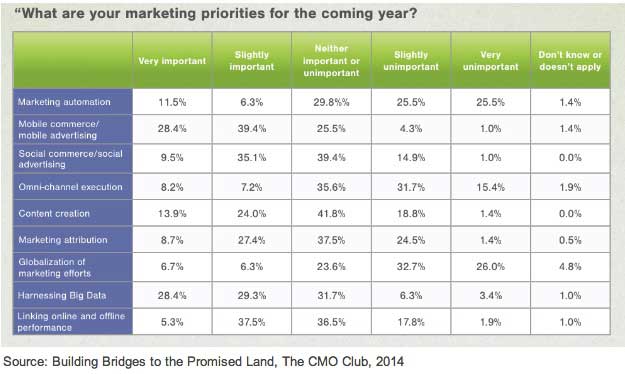 About the research: The report was based on data from an online survey conducted on October 2013 of 223 CMOs and heads of marketing. Respondents to the survey represent organizations that make significant annual investments in digital marketing: the vast majority (86.7%) spend greater than $5 million, and 39.9% spend greater than $50 million.