Free mobile applications with in-app purchases (IAP) generate the most revenue in the Apple App Store, and the revenue share of this "freemium" model has steadily increased over time, according to a recent report by Distimo and Chartboost.

In January 2012, in-app purchases from free apps generated only 46% of revenue in the Apple App Store in the United States. By January 2013, that share had increased to 66%, and in January 2014 the revenue share of free apps with IAP was at 79%. 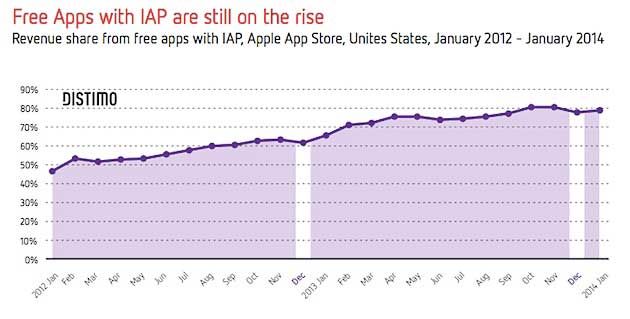 China and Japan are the top countries with the largest revenue share from the freemium business model (94% in January 2014).

In contrast, only 70% of Germany’s total revenue was generated from free apps with IAP. Distimo found a larger revenue share from the paid business model is mainly based on apps from categories such as Productivity, Navigation, and Education, which are all relatively more popular in Germany. 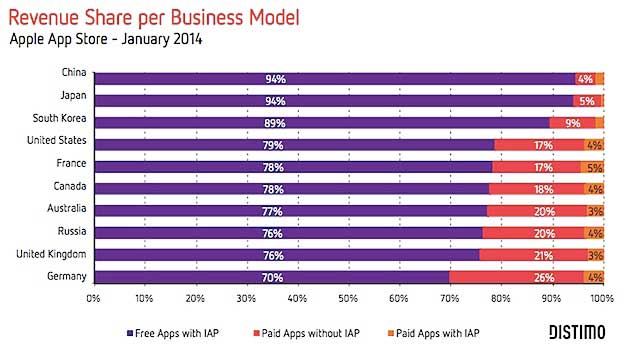 Below, additional key findings from the report, which was based on data from 300,000 apps worldwide with 3.8 billion downloads per quarter. 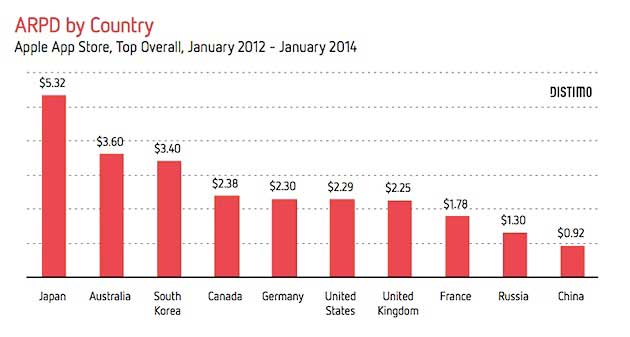 To get a sense of profit per download, Distimo and Chartboost compared the revenue per download (ARPD) to cost per install (CPI) for the top 250 grossing apps in the Games category in 4Q13.

The analysis found the five markets that show the most revenue potential (i.e., the most profit per app on average after acquisition cost) were Japan, Australia, South Korea, the United Kingdom, and the United States. 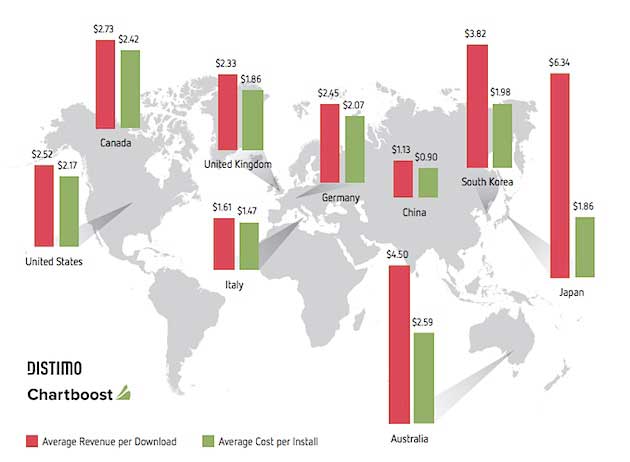 About the research: The report was based on Distimo data from 300,000 apps worldwide with 3.8 billion downloads per quarter and Chartboost data for the top 250 grossing apps in the Games category during 4Q13.