WhatsApp by the Numbers: Where It's Popular; Teen Usage Stats

Active useage of WhatsApp, the messaging application that Facebook acquired for $19 billion, grew 230% in North America in 2013, according to a recent report by GlobalWebIndex.

The survey of mobile internet users found 7 million people in North America now use the app, still a relatively small number compared with its active user base in Asia (101 million), Europe (45 million), Latin America (38 million), and the Middle East/Africa (15 million).

In terms of active use—those who say they have used the app in the last month, rather than just having it installed on their phone—WhatsApp can now boast more than 200 million users globally. That's an impressive 175% rise in 2013. 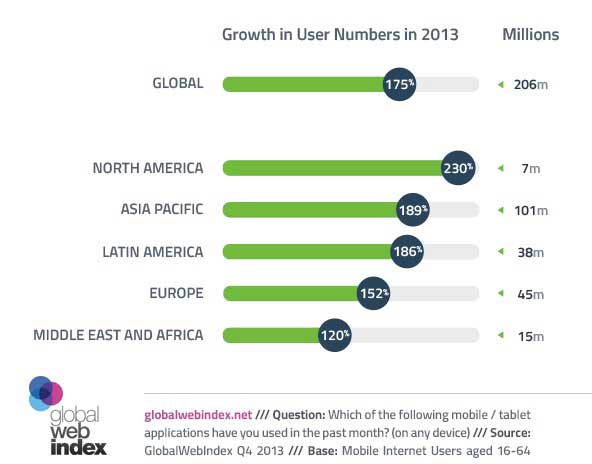 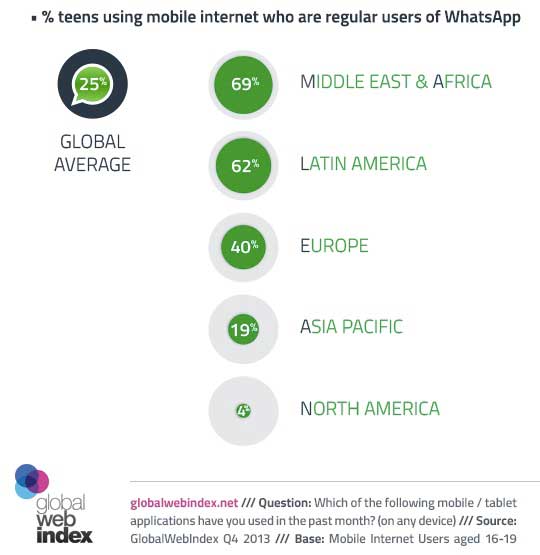 About the research: The reports were based on data from an online global survey of mobile internet users.