Apple ranks as the top smartphone manufacturer, with a 41.6% share of US smartphone subscribers, and Samsung is second with 26.7%. The market share of both companies improved since October, according to comScore's analysis.

Below, additional findings from the report, which was based on data from January 2014. 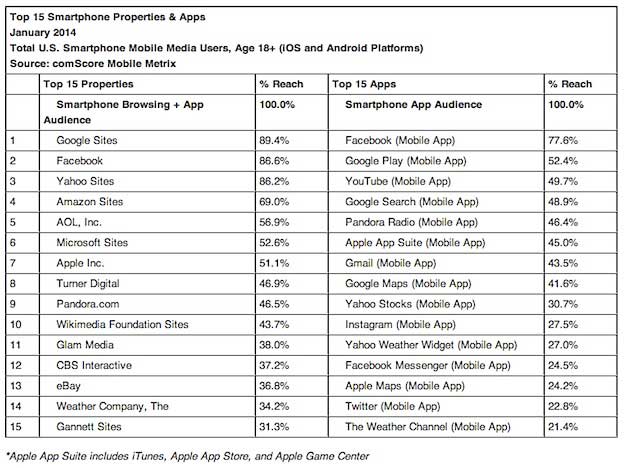 You may like these other MarketingProfs resources related to Mobile.

People say the top reasons they opt out of notifications from brands' mobile apps are because messaging is too frequent and because the notifications are not relevant, according to recent research from Airship.

What People Use Their Smartphones for While at Work

People use their smartphones for a wide range of different activities during the workday, from sending emails and managing their calendars to checking social media and playing games, according to recent research from AdColony.

B2B marketers may love email, but it can take a while for prospects to open one, even if they're interested. If you want to get people's eyes on your message in seconds, there's no better way than SMS. Here are five SMS campaign ideas.

Your buyers incorporate mobile into their everyday work, so it makes sense that your marketing and sales communications should, too. SMS can transform your efficiency—and it's even more effective when combined with automation.

The most acceptable mobile ad format are rewarded videos (i.e., users receive some sort of reward in exchange for time spent viewing), according to recent research from AdColony.

Recent work-from-home initiatives have created record demand for telecommuting, team chat, and employee tracking apps. If your B2B company has an app, it's time to look into app store optimization (ASO) to maximize your potential customer base.