The Favorite Mobile Brands of Consumers in Emerging Markets

Consumers in emerging markets prefer mobile devices made by Apple and Samsung, according to the results of a recent survey conducted by Upstream and Ovum.

The poll of 4,504 mobile consumers in Brazil, China, India, Vietnam, and Nigeria found that 32% of respondents would ideally like their next device to come from Apple and 29% would prefer it be made by Samsung. 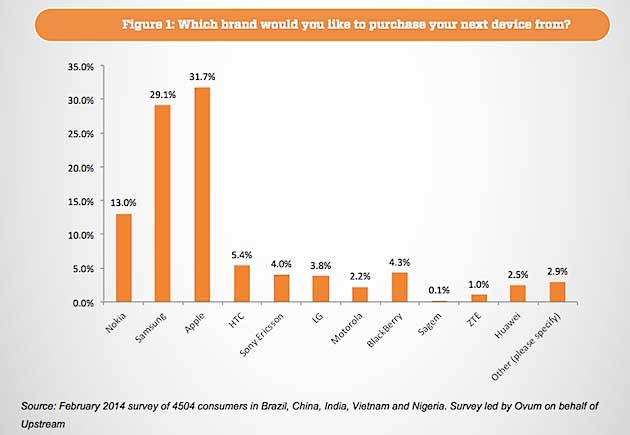 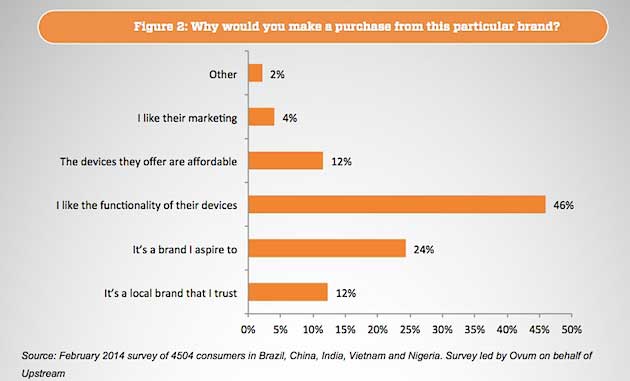 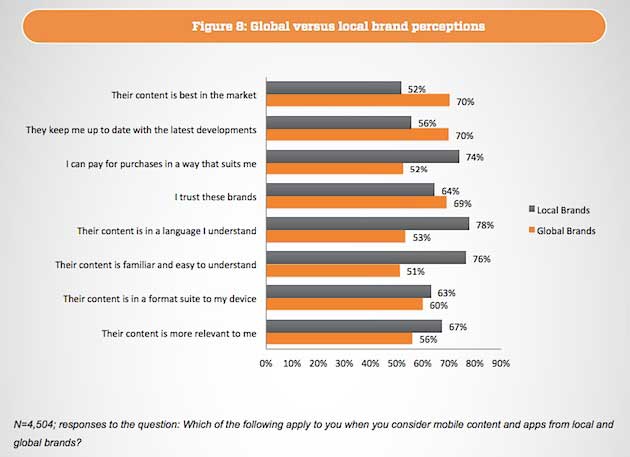 About the research: The report was based on data from a survey conducted between January 31, 2014 and February 14, 2014 of 4,504 mobile consumers in Brazil, China, India, Vietnam, and Nigeria.