Search campaigns perform significantly better when they are managed alongside social campaigns, according to recent research from Marin Software.

Search campaigns that are managed in conjunction with social advertising campaigns on average have 26% higher revenue per click than search campaigns managed in isolation, the analysis of $6 billion worth of marketing programs found.

Moreover, advertisers gain 68% higher revenue per conversion, on average, from their search campaigns when they are managed together with social advertising campaigns. 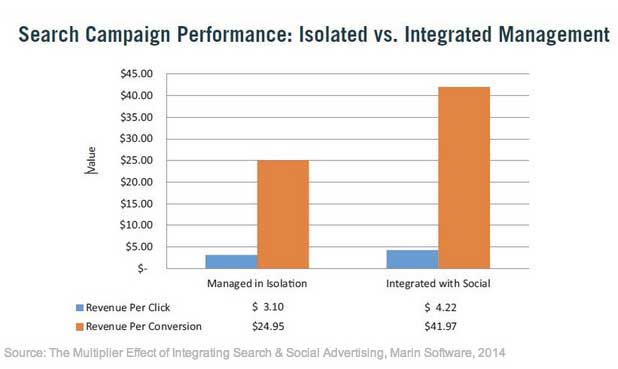 Below, additional key findings from the report, which was based on data from global brands that manage their spend through Marin's platform. 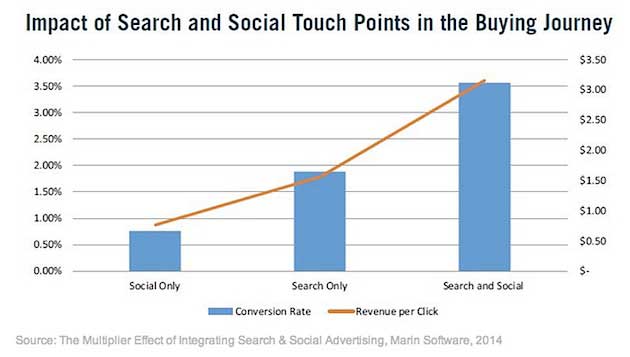 About the research: The report was based on an analysis of $6 billion in annualized ad spend on marketing campaigns run by global brands through Marin's platform.