American adults prefer original digital video content to news, sports and daytime programming on television, and they like it almost as much as they do primetime TV, according to a recent report from the Interactive Advertising Bureau (IAB) and GfK.

Watching original online video content is particularly popular with younger adults age 18-34 (39% do so) and males (25% do so).

Younger viewers and men are also more likely to watch other digital streaming video types, such as TV programs online and amateur videos. 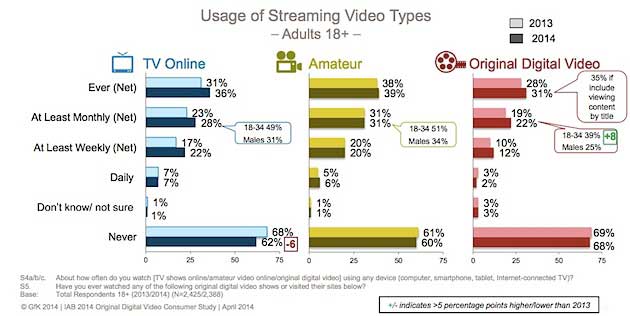 Below, additional key findings from the report, which was based on data from a survey of 1,011 US adults (18+). 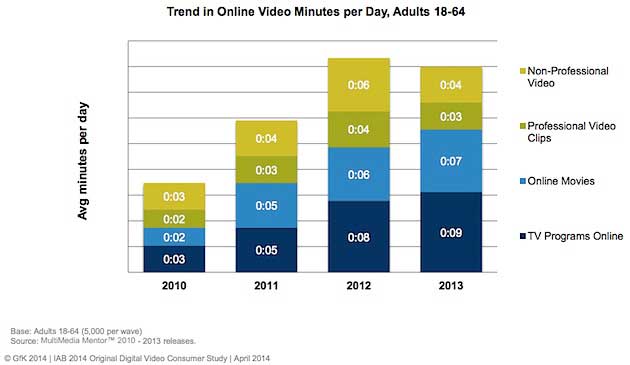 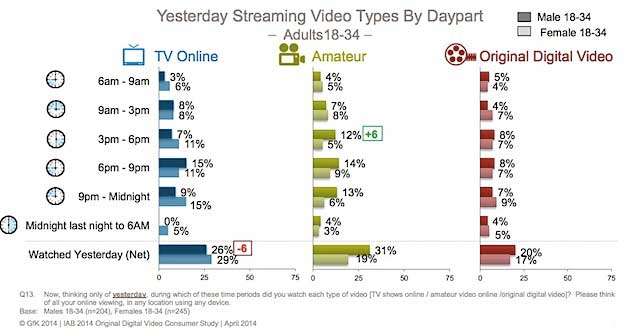 About the research: The report was based on data from a survey fielded in March and April 2014. GfK screened over 2,300 American adults age 18+ to find individuals who watch online video at least once a month and then completed full interviews with 1,011.