Which types of content do people spend the most time viewing on mobile apps? Should publishers present images first? How much does load time impact engagement?

Plastic Mobile recently set out to answer those sorts of questions by examining how consumers interact with the mobile commerce applications of Best Buy, Hyatt, and Pizza Pizza.

The attentional and emotional activity of 30 paid participants (14 men, 16 women) was measured with EEG neuro-headsets and eye-tracking glasses in the study. The researchers observed as the users downloaded and opened the three apps, browsed products and services, went to check out, and made purchases by entering personal information.

What People Concentrate On

Participants focused their attention on images and prices during the product selection stage for all three apps. Moreover, the bigger the image was, the more focus was observed: 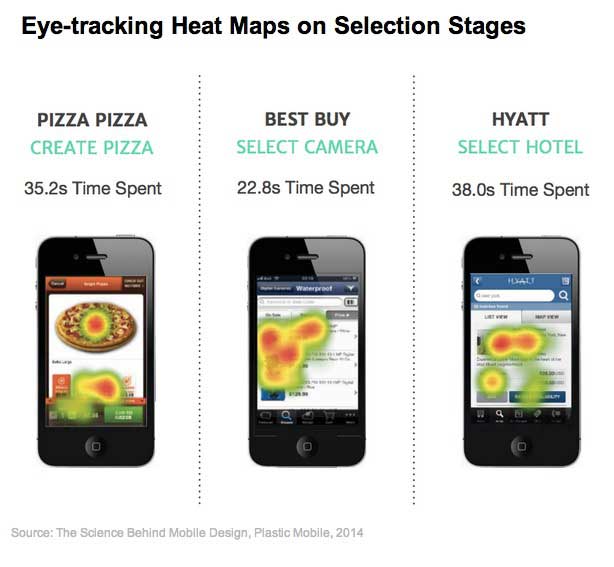 The Impact of Images 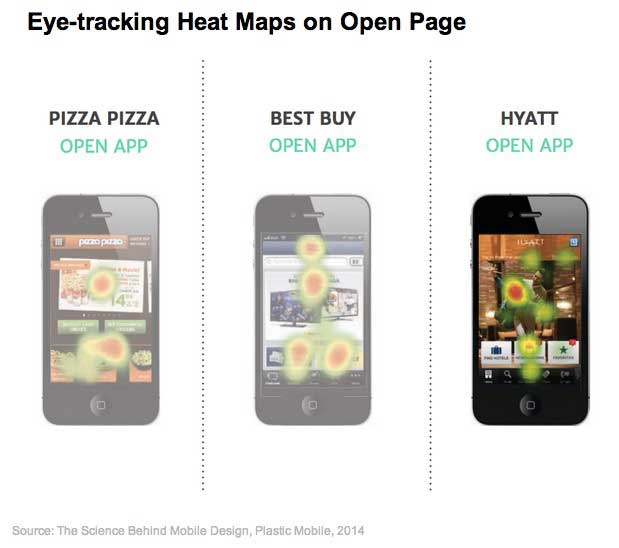 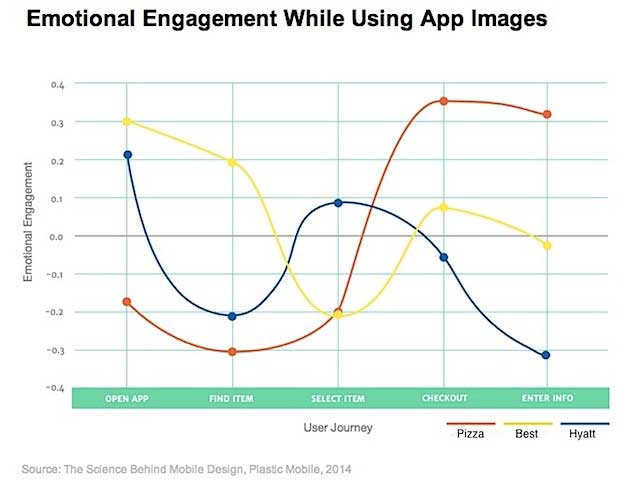 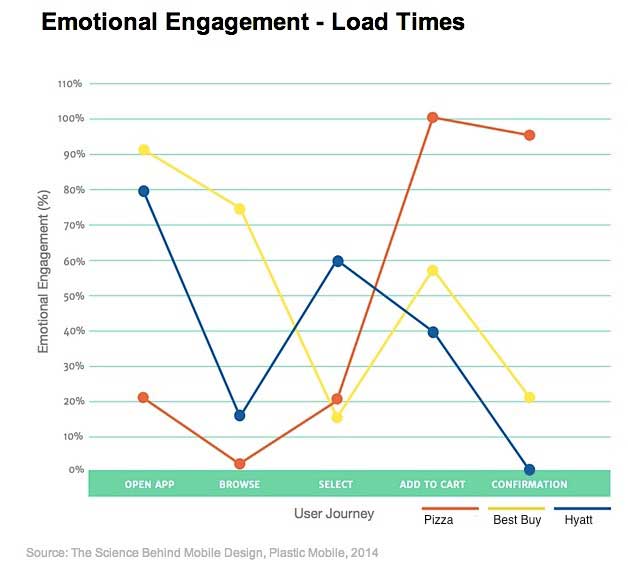 About the research: The report was based on data from a study of 30 paid participants (14 men, 16 women), who were measured via EEG neuro-headsets and eye-tracking glasses as they used the Best Buy, Hyatt, and Pizza Pizza mobile applications.