Internet growth, estimated at less than 10% this year, is gradually slowing, and the biggest increases in usage are now in more difficult to monetize developing markets, such as India, Indonesia, and Nigeria, according to Mary Meeker's Internet Trends 2014 report.

However, Meeker, a former Morgan Stanley analyst and current partner at Kleiner Perkins Caufield Byers (KPCB), still sees a strong upside in mobile: Her analysis finds that only 30% of all mobile phones worldwide are currently smartphones and the market grew 20% last year. Moreover, mobile data traffic was up 81% year over year, driven in large part by video viewing.

Meeker considers tablets a particular mobile bright spot, with unit sales up 51% in 2013. As she notes, that's a far faster rate of growth than ever registered for desktops and notebook PCs. 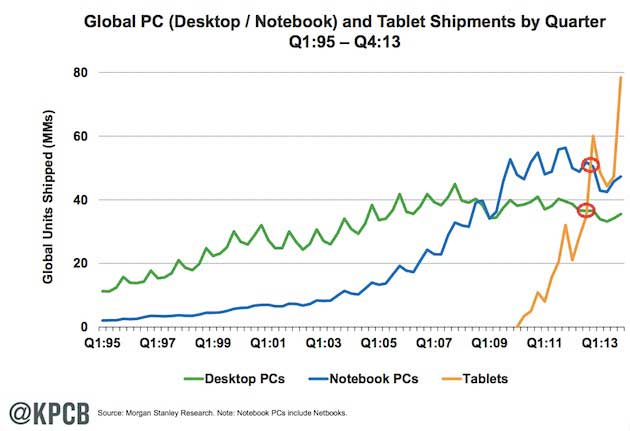 Below, additional key insights from the 2014 edition of the annual report. 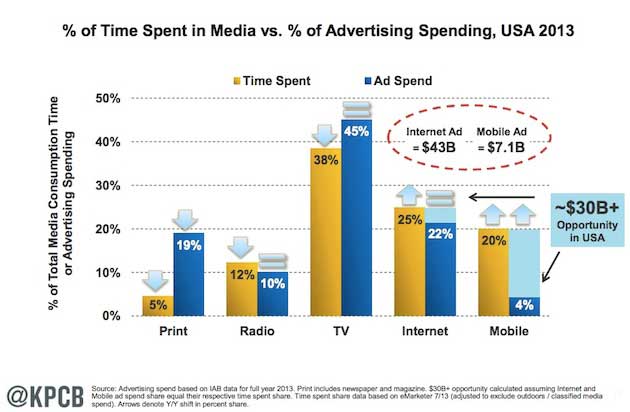 Meeker says some tech stocks are overvalued, but overall the market is not near the bubble highs of 1999-2000. As she notes: 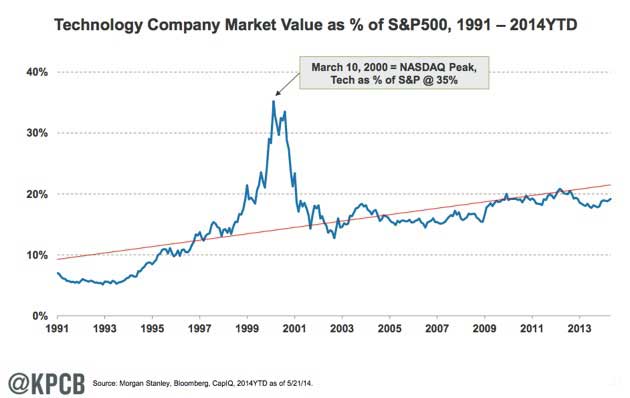 Social and Networks and Messaging

Meeker notes that that social networks and messaging are rapidly changing, with image/video sharing on the rise and people engaging more with close contacts (via WhatsApp, Snapchat, etc.) and less with large audiences (via Facebook, Twitter, etc.). 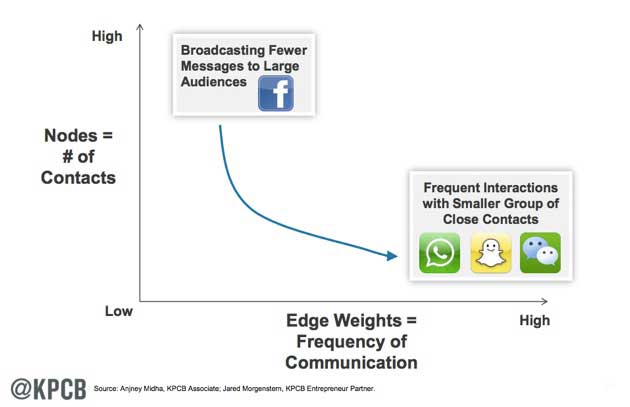 One of the biggest long-term trends highlighted in the report is the projected rise in the volume of digital data thanks to content sharing by consumers and information gleaned from their mobile devices/sensors.

The size of the "digital universe" (the amount of data available) jumped 50% year over year in 2013, and it is set to grow rapidly for the next few years. 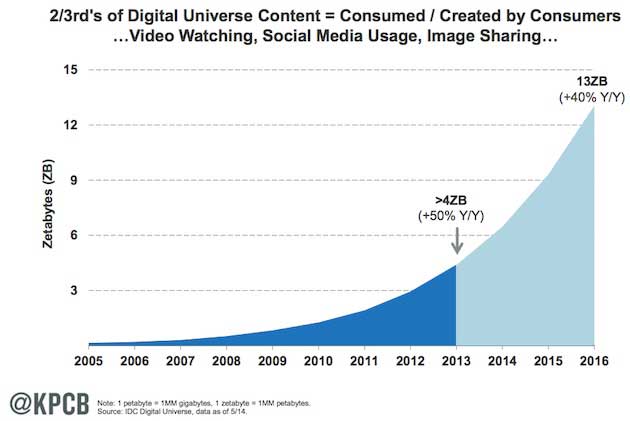 You can find the full report here, as well as embedded below: