How Different Generations Use Smartphones

Millennial smartphone owners spend 14.5 hours a week—more than two hours a day—on average using their phones, according to a recent report from Experian Marketing Services.

In fact, Millennials spend so much time on their smartphones that they account for 41% the total time that Americans spend using the devices, despite making up only 29% of the adult population.

In a typical week, Millennial smartphone owners in aggregate spend 765.9 million hours on their smartphones, far more than any other generation, the analysis found. 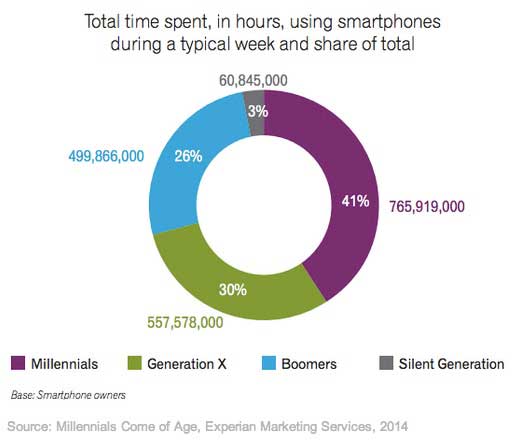 Below, additional key findings from the report, which was based on data from the Simmons NCS—a survey of 23,689 US adults that measures behavior across 11 technology platforms. 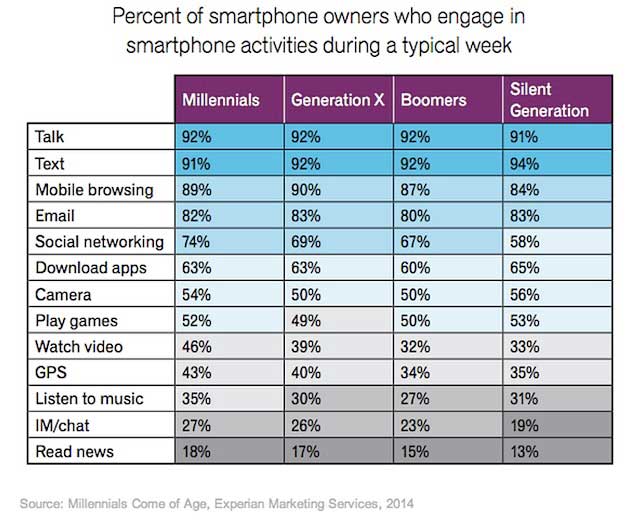 How and When They Connect 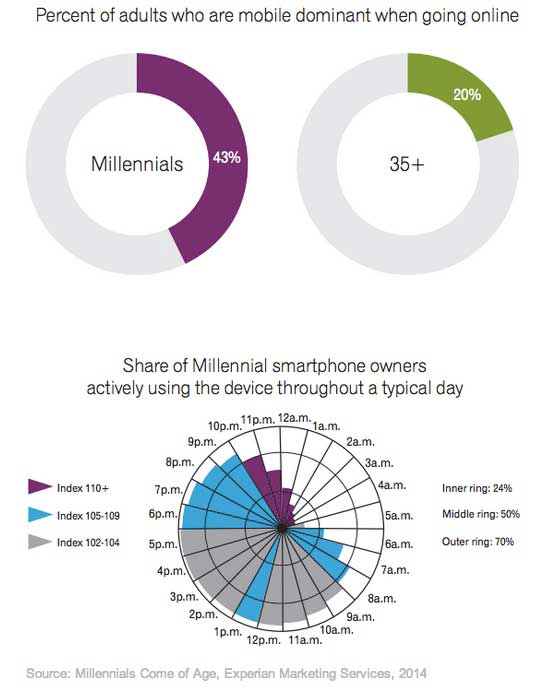 About the research: The report was based on data from the Simmons NCS—a survey of 23,689 US adults that measures behavior across 11 platforms, including smartphones, tablets, and computers.