Most consumers (54%) say they do not trust pieces labeled "sponsored content" on online news websites, according to a recent report from Contently.

Moreover, consumers are unsure about what the "sponsored content" label actually means: 48% of US adults surveyed believe it indicates that an advertiser paid for an article to be created and had influence on the content; 20% think it means the site wrote the content but the sponsor's money enabled it to happen; 18% believe the advertiser just paid for their name to appear; and 13% think the label indicates that the sponsor wrote the content. 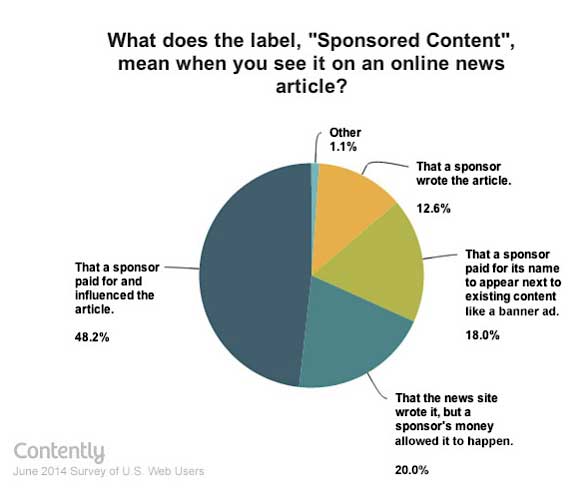 Below, additional key findings from the report, which was based on data from a survey of 542 Internet users in the United States age 18-65. 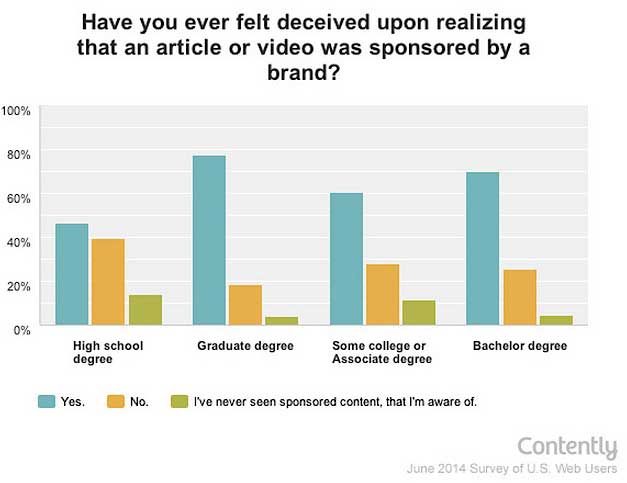 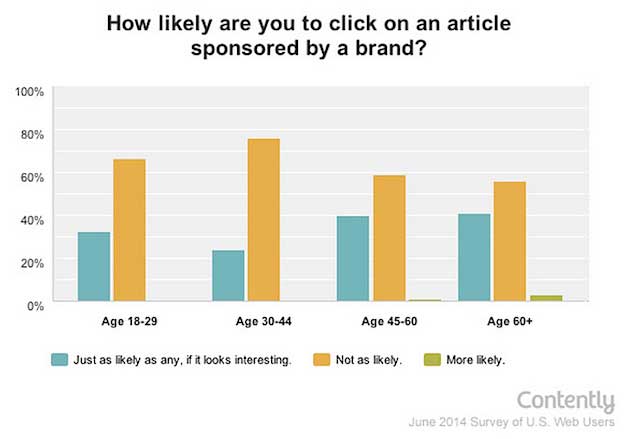 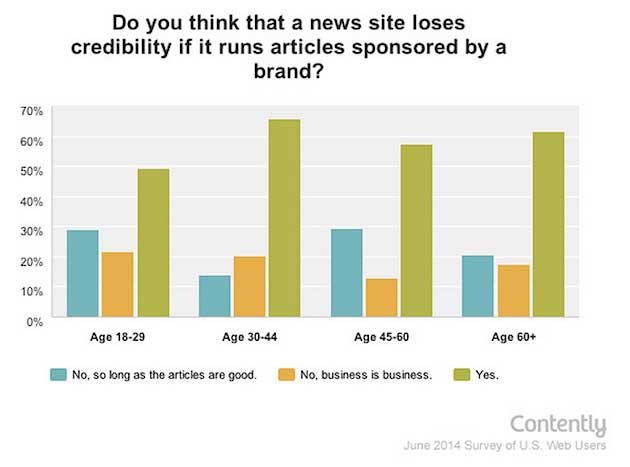 About the research: The report was based on data from a survey conducted in June of 542 Internet users in the United States age 18-65.