What makes an image go viral? Which emotions inspire viewing and sharing? Are people of different ages and genders motivated to share by different factors?

Fractl, a digital agency, recently set out to tackle those questions by examining how people react to a set of currently popular images.

The researchers took 50 of the top 100 images from Imgur.com over a three-month period, as voted on Reddit.com, and surveyed 800 people age 18-54 to to find out which emotions each image evoked. The responses were then categorized using Robert Plutchik's Wheel of Emotions, schema. 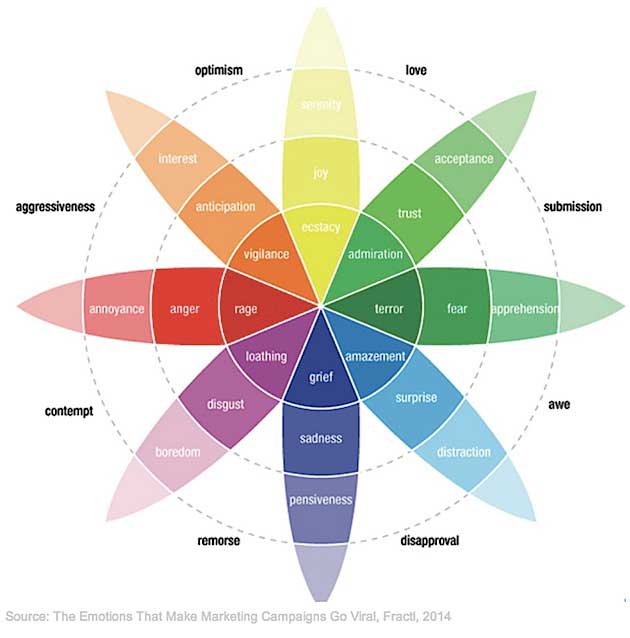 Many of the most popular images inspired positive feelings in respondents, the study found. In particular joy, interest, anticipation, and trust all correlated highly with views.

Overall, the top 10 emotions evoked by the images were as follows: 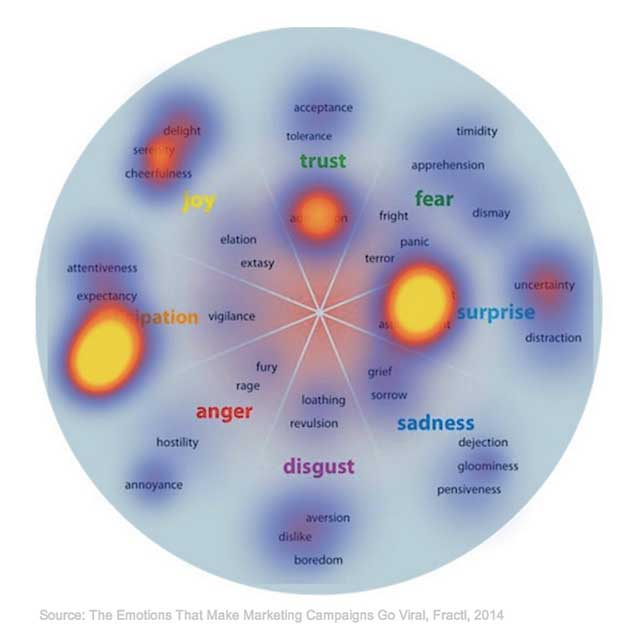 The emotions evoked least often by the images were as follows:

Although positive emotions were generally more commonly evoked than negative emotions, respondents often had a complex set of reactions to each image, in particular regarding sharing rather than simply viewing, the researchers found.

For example, contrasting emotions appeared to increase emotional impact; in the cases where negative emotions were evoked by the popular images, they were usually accompanied by positive emotions.

Differences by Age and Gender

Men reported a slightly smaller range of emotional reactions to the images than women, but more joyful feelings when viewing viral images. Women, on the other hand, reported slightly more negative emotions and greater emotional complexity than men, as well as more trust emotions.

About the research: The report was based on data from a study in which researchers took 50 of the top 100 images from Imgur.com over a three month period, as voted on Reddit.com, and surveyed 800 people age 18-54 to to find out which emotions each image inspired.