The 25 Most Popular Mobile Apps in the United States

The Facebook app had 115 million unique visitors from the United States in June, making it by far the most popular mobile application, according to a recent report from comScore.

YouTube, which had 83 million unique visits, was the second most popular mobile app with US adults age 18 and older. 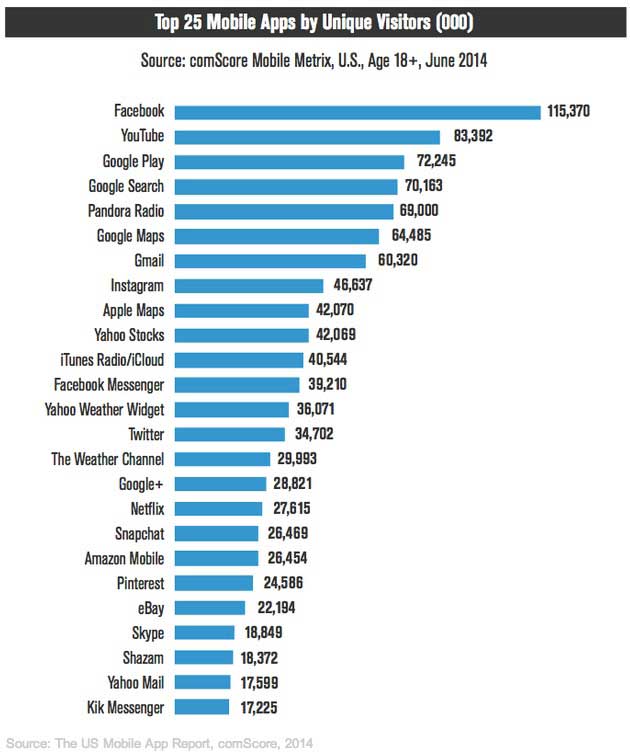 Most mobile app engagement came from only a few categories, with social networking, games, and radio accounting for nearly half of the total time spent on mobile apps in June. 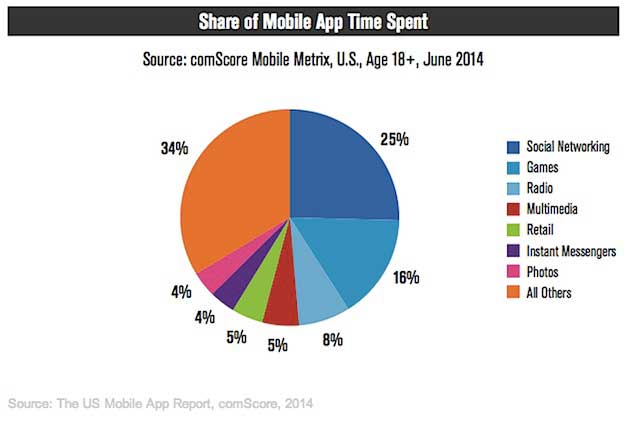 However, Android did have a larger base of users: It ranked as the top smartphone operating system in June with 83.8 million US smartphone subscribers, 16.4 million more than Apple's iOS platform. Android also had more active app users than iOS (76.1 million vs. 62.6 million). 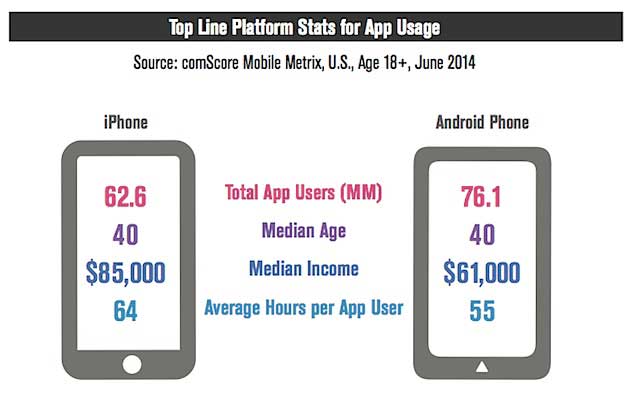 About the research: The report was based on June 2014 data from mobile users in the United States age 18 and older.