Marketing and advertising executives say they review 23 resumes on average for every open creative position, according to a recent report from The Creative Group.

Employers say that after reviewing resumes, they then meet with six applicants, on average, before filling an open role.

Candidates are interviewed, on average, by three people for non-managerial positions, and by four people for management-level positions.

The report was based on data from 400 telephone interviews with marketing and advertising executives in the United States—200 from companies with 100 or more employees, and 200 from ad agencies with 20 or more employees. 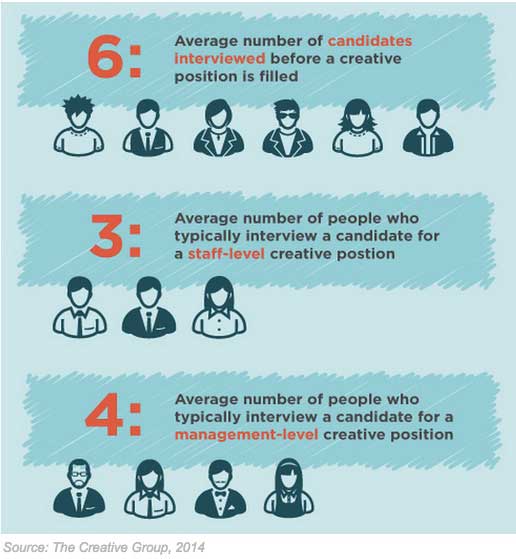 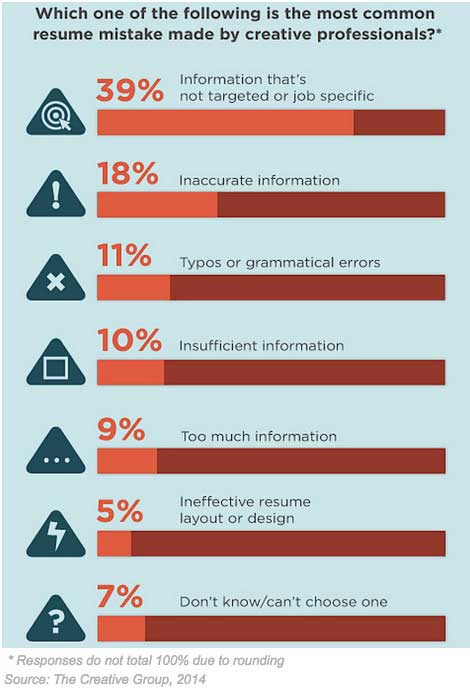 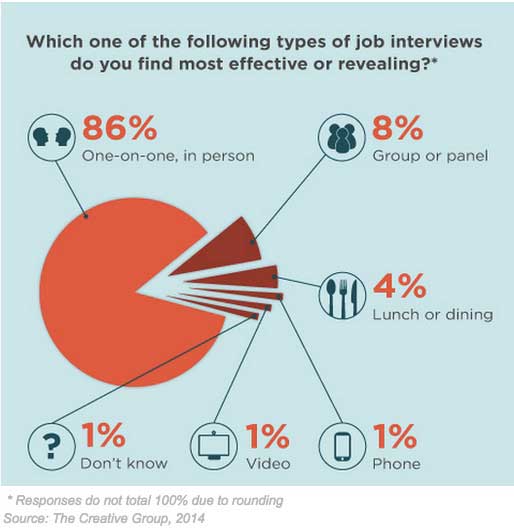 About the research: The report was based on data from 400 telephone interviews with marketing and advertising executives in the United States—200 from companies with 100 or more employees, and 200 from ad agencies with 20 or more employees.