The way people engage with Google search engine result pages (SERPs) has changed significantly over the past decade, according to a recent report from Mediative.

The report was based on data from an eye-tracking study of 53 participants who were asked to complete 43 common search tasks, such as looking for an apartment to rent in a particular neighborhood. All searches were conducted on desktop computers in Canada using the Google search engine.

A similar study conducted by Mediative in 2005  found that users tended to focus their gaze on the "Golden Triangle"—the top-left corner of a SERP where the first result was usually displayed.

The 2014 results were strikingly different from those a decade ago. The Golden Triangle has all but disappeared; instead, users tend scan more vertically and to vary their focus depending on what they are searching for. 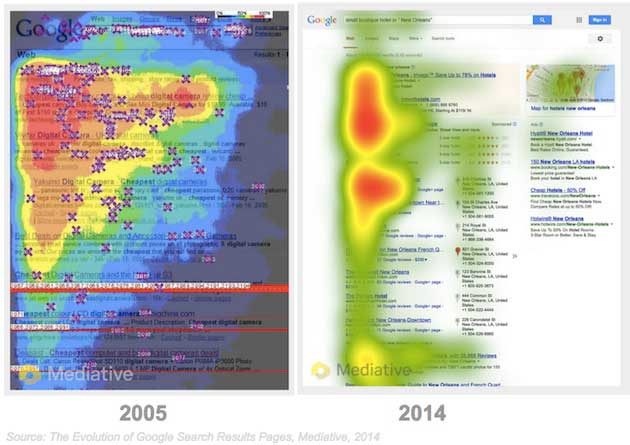 This change in behavior is partially the result of the increased use of mobile devices, which have conditioned consumers to scan more vertically than horizontally, the analysis found.

The shift is also the result of changes Google has made to its SERPs. In 2005, the most relevant result was almost always in the top-left corner of the page, whereas today—because of new elements such as the Knowledge Graph, Carousel, and Local Listings—it can be more dispersed.

The Impact of New SERP Elements 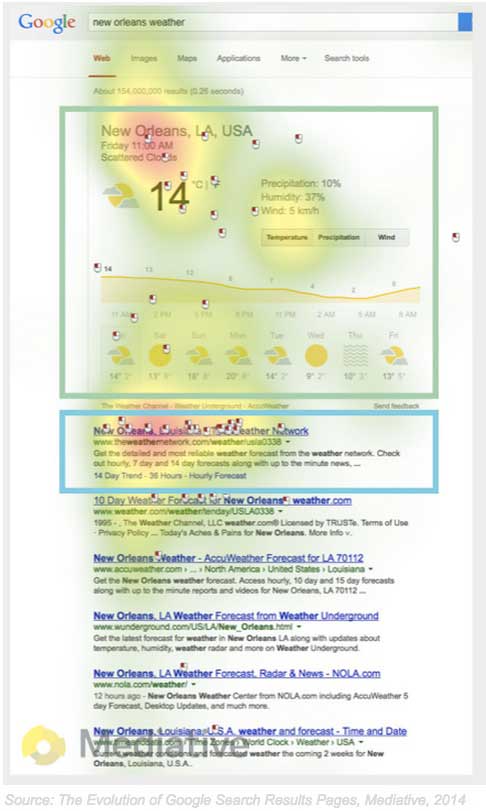 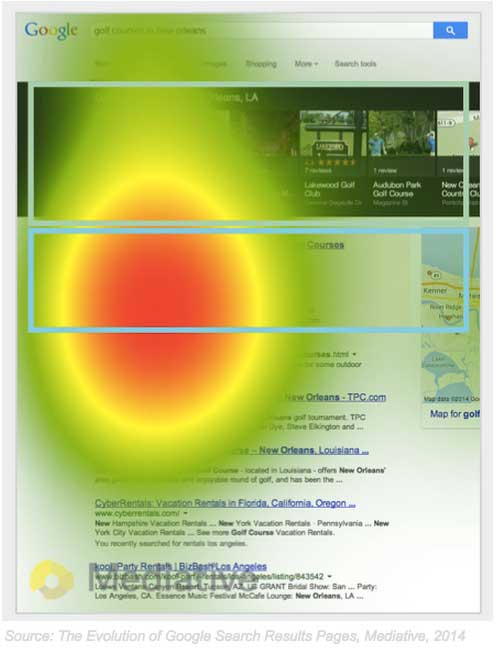 The Value of Being First 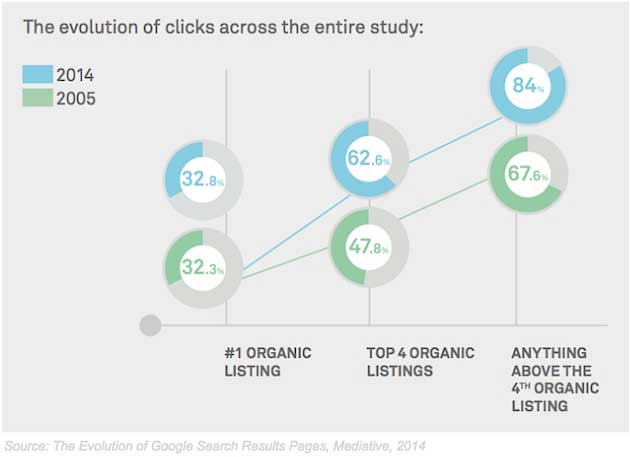 About the research: The report was based on data from an eye-tracking study of 53 participants who were asked to complete 43 common search tasks. All searches were conducted on desktop computers in Canada using the Google search engine.