The percentage of highly engaged mobile app users grew significantly in December 2014, according to a recent report from Localytics.

The report, which was based on data from 8,000 apps across more than 1.5 billion devices, found the number of app power users—those who use the same app 10 or more times in a month—increased from 25% in 3Q13 to 30% in December.

Overall, the share of app "power users" has grown steadily over the past few years, increasing 7 percentage points since 2012.

However, though users are more engaged with their favorite mobile apps, they are also less likely to revisit less-liked apps.

Retention—the percentage of returning consumers—declined in December, with only 12% of users revisiting a typical app on average within a three-month window. That drop may have been been particularly big in December as people abandoned apps when switching over to new devices. 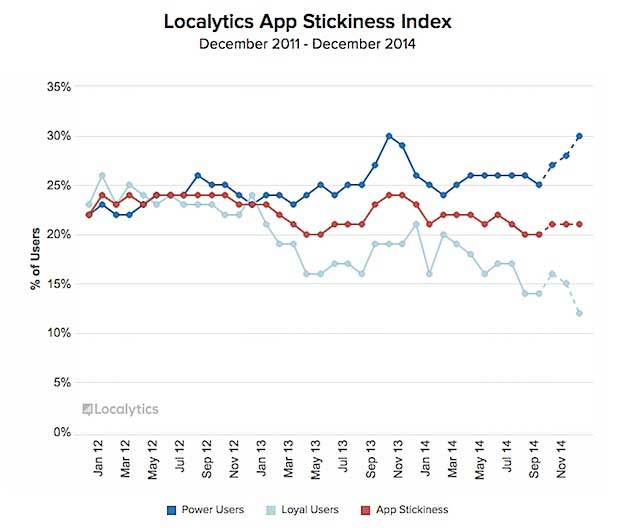 About the research: The report was based on December 2014 data from 8,000 apps across more than 1.5 billion devices.