How the Big 4 Social Platforms Differ: Members vs. Visitors

Facebook has the most global members of any social network, but YouTube has the most monthly visitors, according to a recent report from Global Web Index.

The report was based on data from Global Web Index's panel of Internet users age 16-64 from 31 countries (China excluded). Panelists were asked about their habits on four major social networks: Facebook, Twitter, YouTube, and Google+.

Some 81% of panelists are Facebook members, the most of any of the four social networks examined. Facebook also has the highest percentage of active users (42% of panelists).

However, YouTube has the most monthly visitors (i.e., people who do not necessarily log in) of the four networks. Some 82% of panelists say they visited YouTube in the previous month.

YouTube also has the most visitors in all regions tracked (the Americas, EMEA, and APAC), Global Web Index found. 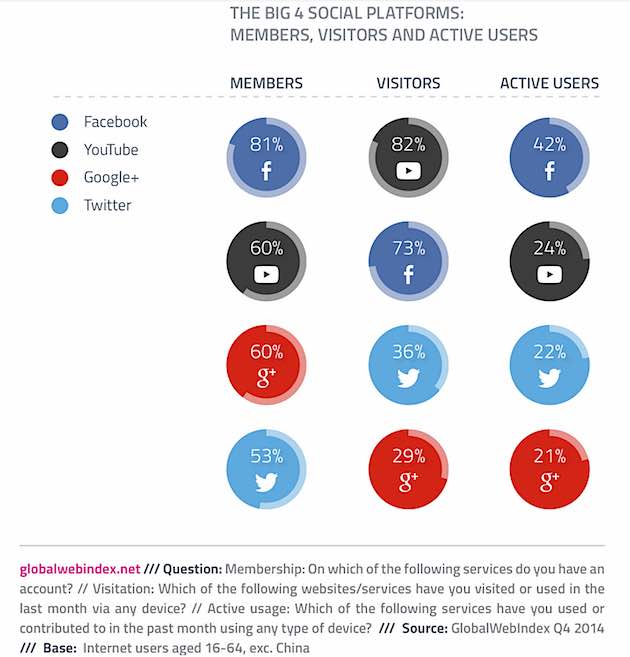 About the research: The report was based on data from Global Web Index's panel of Internet users age 16-64 from 31 countries (China was excluded).