Happy Tweets: How Positivity on Twitter Varies by Location, Gender, and Topic

Do people in some places send more positive tweets compared with people in other places? Are men or women more likely to tweet about being happy? What topics are people most likely to send cheerful tweets about?

Brandwatch recently set out to answer those questions by examining hundreds of thousands of tweets sent between November 2013 and November 2014. The researchers used the Brandwatch analytics platform to look for tweets containing certain emotional phrases, such as "good day," "bad day," "love life," and "hate life." The results were then broken down by location, gender, and keywords that might indicate topic (such as "family," "work," "money," etc).

Georgia residents have the highest ratio of "good day" to "bad day" mentions of any US state (i.e., they use the phrase "good day" in tweets much more often compared with "bad day"); Delaware has the lowest ratio. 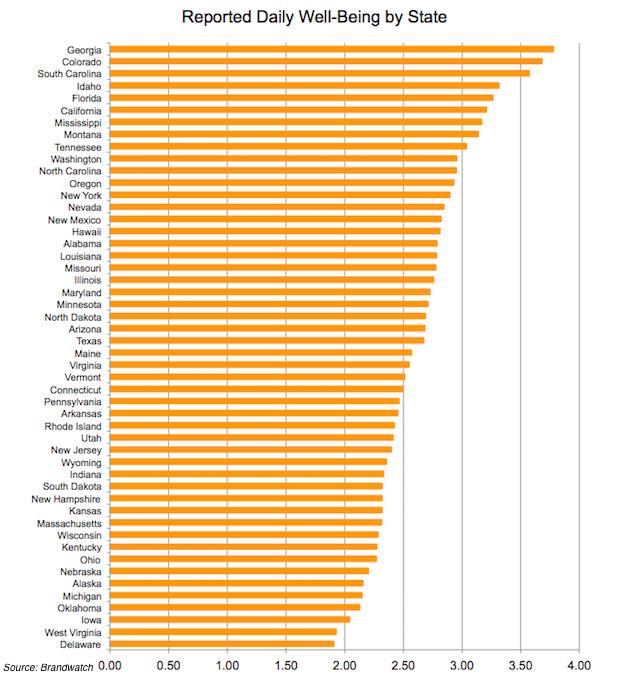 Denver has the highest "good day" to "bad day" ratio of the 30 cities in the United States with the biggest populations; Louisville has the lowest. 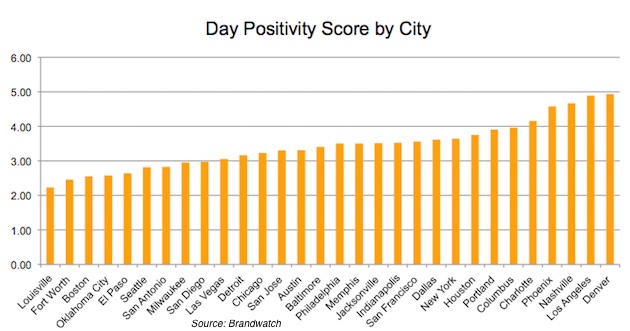 Men have a higher ratio of "good day" to "bad day" tweets than women do.

Men and women do not differ in how often they use the phrases "love life" and "hate life" in their tweets. 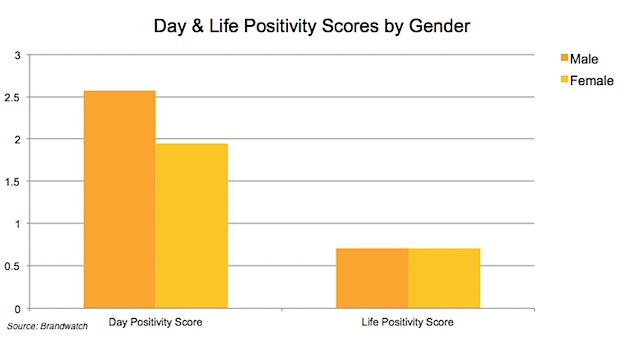 Tweets mentioning "good day" are much more likely to be about family/friends and money than about work. Mentions of family/friends also often accompany tweets that include the phrase "love life." 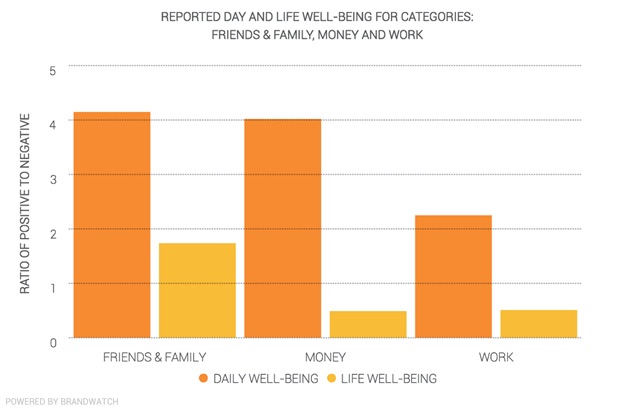 About the research: The report was based on data from an analysis of hundreds of thousands of tweets sent between November 2013 and November 2014.