When Do People Use Mobile Apps Most?

Mobile app usage tends to reach its daily peak in the evenings around 8 PM, according to recent research from Localytics.

The report was based on mobile app data from January 2015. Localytics examined the total number of sessions each hour relative to the daily maximum amount of sessions in an hour (in other words, 100% on the charts indicates the hour that the most sessions occurred).

All times are Coordinated Universal Time, so the data reflects behavior locally.

Most apps follow a similar pattern, with usage rising in the early morning as people start their commutes, then leveling off throughout the day, the analysis found.

After work, app usage picks up again and peaks between 8 PM and 9 PM, at which point it starts to decline. 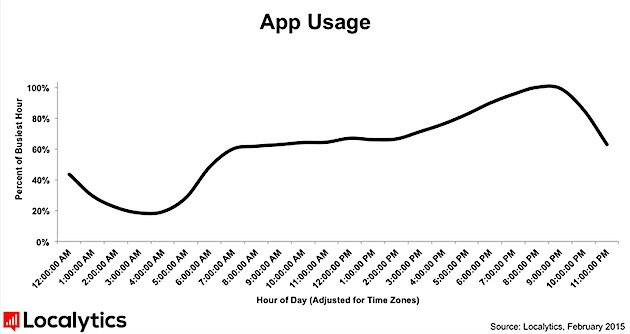 Though that usage pattern is true for apps in the aggregate, behavior differs in different verticals. For example, news, travel, and weather app usage peaks in the mornings. Travel app use also spikes a second time, in the evenings, as people check traffic before they head home. 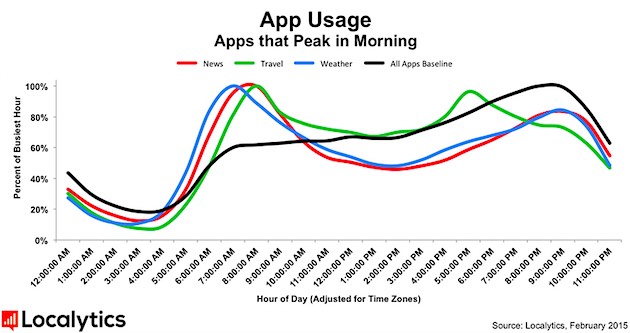 Other apps are less dependent on commuter patterns. For example, business, finance, and music apps have heavy usage throughout the day. 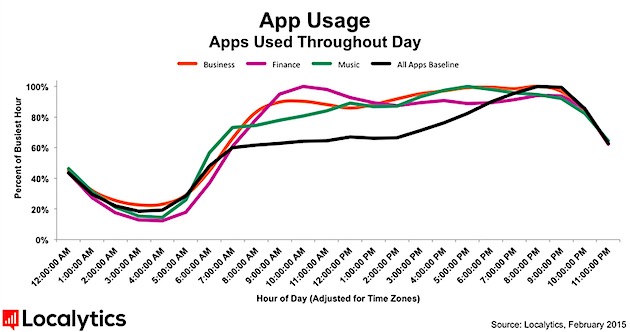 Entertainment and social networking apps have above-average usage in the late night hours. Entertainment apps in particular have high usage into the early morning. 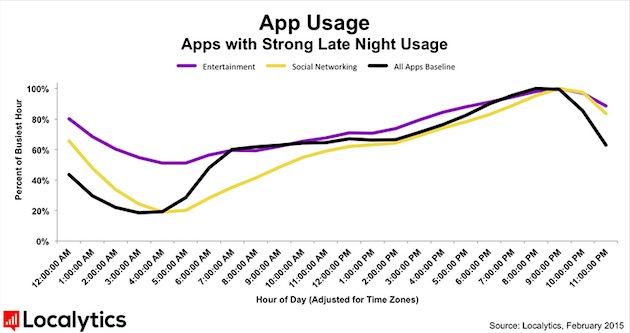 About the research: The report was based on mobile app data from January 2015. All times are Coordinated Universal Time (UTC), so the data reflects behavior locally.