The Industries That Rely Most on LinkedIn Connections for Hiring

How much do LinkedIn connections help in getting hired at a company? It depends a lot on the industry, according to a recent report from LinkedIn.

The report was based on LinkedIn data from October 2014; the researchers looked at people who posted that they had been hired for a new job in the month, then analyzed their connection history up to that point to determine whether they were linked with someone at their new company at least six months prior to starting the position.

In other words, the analysis looked at which industries tend to hire people who are already part of their employees' LinkedIn networks.

Some 16% of all hires, on average, are already connected to someone at their new company on LinkedIn prior to joining, the analysis found.

Computer gaming has the largest percentage (28.3%) of hires who are already connected to someone at their new company before they come on board; computer/network security is second (27.8%), followed by venture capital (27.3%), political organizations (26.2%), and wireless companies (24.9%). 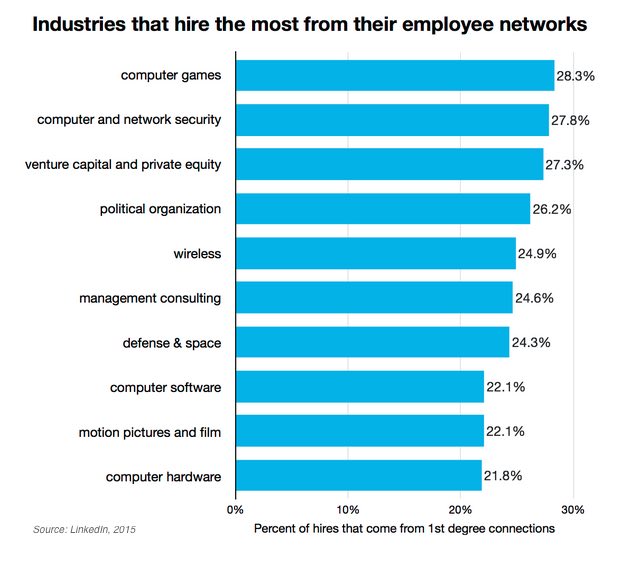 Cosmetics is the industry that hires least from employee networks (only 10.8% of new hires are already connected to someone on LinkedIn in the organization), followed by textiles (10.2%), glass/ceramics/concrete (10.1%), food production (9.8%), and retail (9.7%). 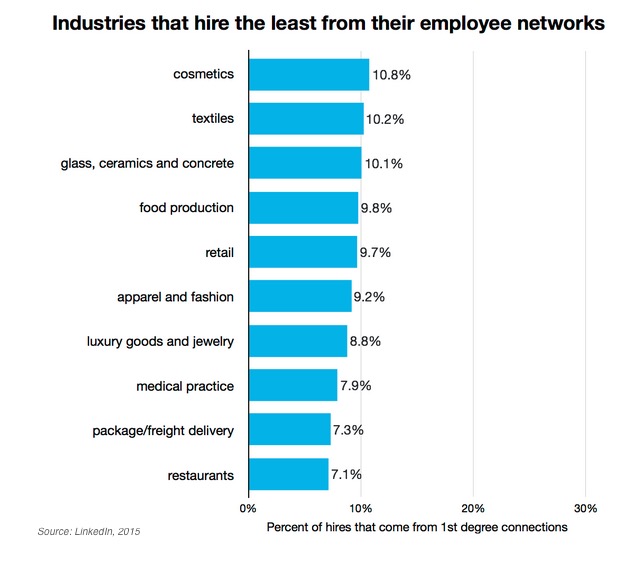 About the research: The report was based on LinkedIn data from October 2014.

Continue reading "The Industries That Rely Most on LinkedIn Connections for Hiring" ... Read the full article