The Salaries of the 22 Most Common Professions in the US

People working in management earn the highest annual salary of any common profession in the United States, according to a report from the US Bureau of Labor Statistics.

The report, which was based on data from May 2014, examined the annual wages of the 22 occupations with the most employment in the United States. 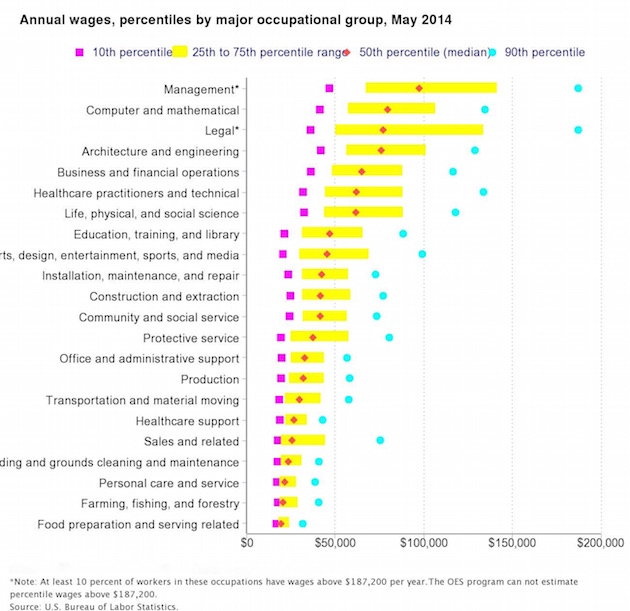 The occupations with the largest number of workers in the US are retail salespersons and cashiers; the two occupations combine to make up nearly 6% of total employment.

The 10 most common occupations also include food preparation workers, general office clerks, registered nurses, customer service representatives, waiters/waitresses, laborers, administrative assistants, and janitors. Of those, only registered nurses have an average wage above that of the overall US average. 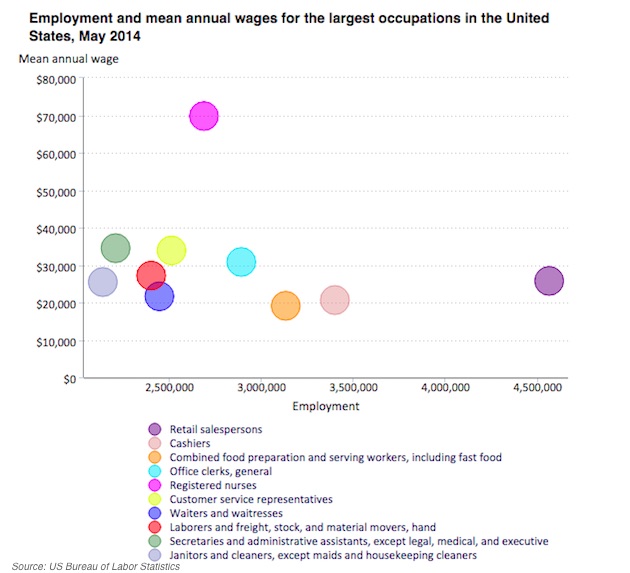 About the research: The report, which was based on data from May 2014, examined the annual wages of the 22 occupations with the most employment in the United States.

Continue reading "The Salaries of the 22 Most Common Professions in the US" ... Read the full article