Consumers say Facebook is the channel in which they are most likely to trust content created by a brand/company, according to a recent report from The Acquity Group.

The report was based on data from a survey of more than 2,000 consumers in the United States.

Respondents gave Facebook an average score of 4 as a trusted content source from brands (1=most trusted; 10=least trusted). Magazines and newspapers ranked second (4.4 average score), followed by email and television (5.3 average score each). 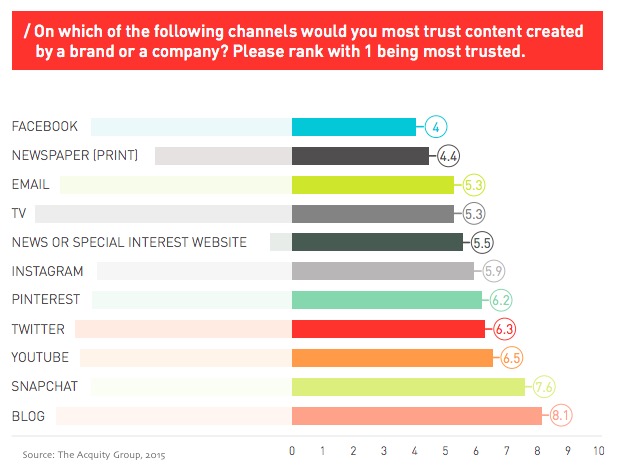 Television and print media advertising remain the most effective mediums for engaging new customers: Some 57% of respondents say they have tried a new product or service as a result of an ad campaign on TV, and 38% say they have done so because of a print campaign. 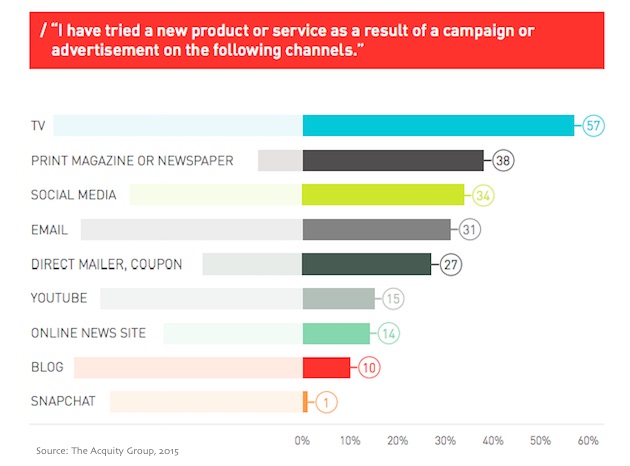 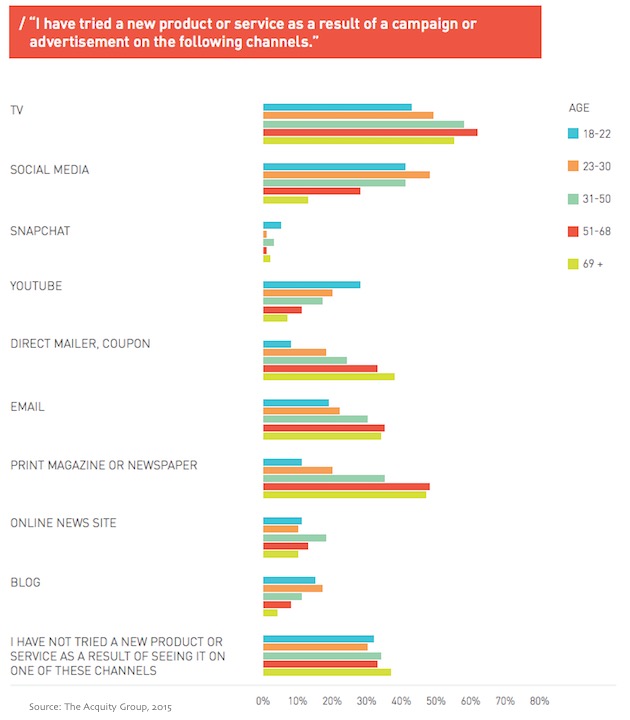 About the research: The report was based on data from a survey of more than 2,000 consumers in the United States.

Continue reading "The Most Trusted Channels for Branded Content" ... Read the full article