How Media Execs Feel About the Digital Landscape

Nearly three-quarters of media executives (71%) are concerned about how to most effectively deliver audience through digital, mobile, and social channels, according to a recent report from Active International.

The report was based on data from a survey of 100 interviews with senior management executives at media companies in finance, marketing, and other C-level roles.

Respondents' top priorities for media in 2015 are to reinforce advertising value by emphasizing content (58%) and to develop better digital inventory models (42%).

More than half (52%) of media executives say their company will measurably increase investments in the second half of 2015 to expand their programmatic capabilities.

A significant number of respondents also say their company intends to use technology to expand their mobile advertising (41%) and social media (24%) revenue models. 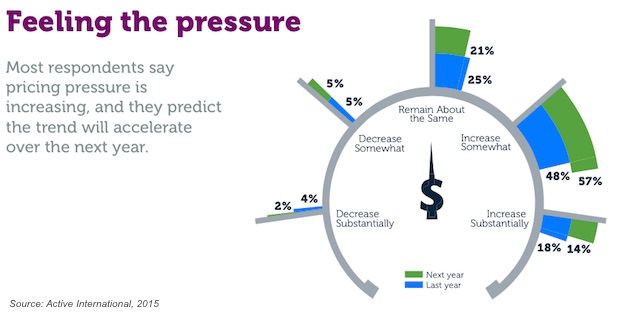 About the research: The report was based on data from a survey of 100 interviews with senior management executives at media companies in finance, marketing, and other C-level/s roles.