Women in the Workplace in 2015: Promotion Trends and Challenges

Women are still underrepresented at every level in major North American corporations, and the disparity is greatest in senior leadership, according to a recent report from McKinsey & Company and LeanIn.org.

The report was based on data from 118 large companies across North America that were weighted by industry to match the Fortune 500, as well as data from a survey of 30,000 employees.

Women comprise 45% of all entry-level employees at the companies examined, yet they account for just 32% of senior managers and 17% of C-suite executives, the analysis found. Those numbers are slightly improved over 2012's. 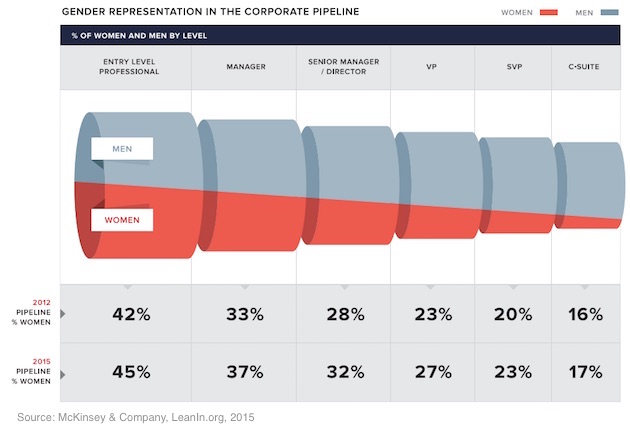 Women are more likely to cite "stress/pressure" as a top issue for not wanting to advance compared with men. 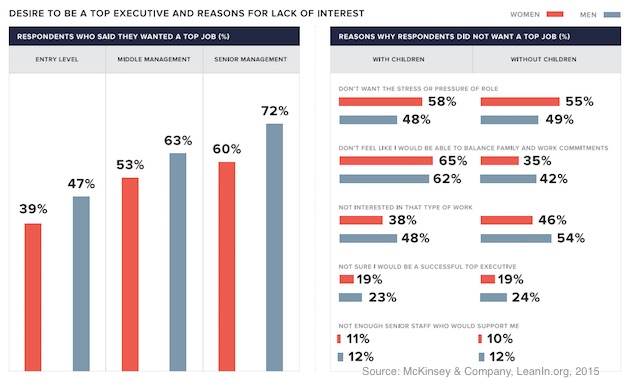 Women are almost four times more likely than men to believe they have fewer opportunities to advance because of their gender; women are also twice as likely to think their gender will make it harder for them to advance in the future. 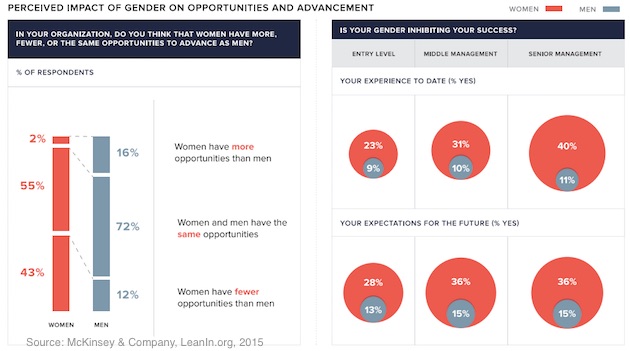 About the research: The report was based on data from 118 companies across North America that were weighted by industry to match the Fortune 500, as well as data from a survey of 30,000 employees.