2015 Holiday Shoppers: When, Where, and How They Plan to Buy [Infographic]

For this holiday season, 80% of consumers plan to spend as much as or more than they did last year, according to a recent report from SAS.

The report was based on data from a survey of 3,458 consumers in the US, Canada, the UK, Australia, and New Zealand.

The US leads expected spending growth, with 29% of US respondents saying they plan to spend more this year. Most Canadian shoppers, on the other hand, say they are tightening their budgets this year.

Other key insights from the report:

Check out the infographic for more: 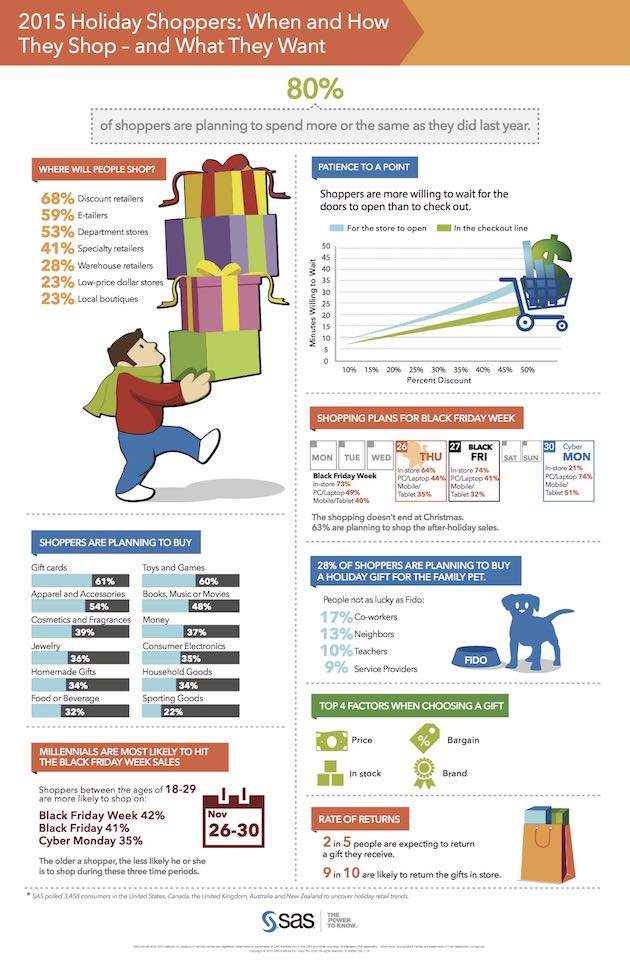 About the research: The report was based on data from a survey of 3,458 consumers in the US, Canada, the UK, Australia, and New Zealand.