Salaries for search engine optimization (SEO) jobs have averaged double-digit growth across the board since 2012, according to a recent report from Conductor.

The report was based on data from 4,300 US job listings posted to Indeed.com and Payscale.com in 2015, as well as data from a similar 2012 study. The researchers analyzed the listings to determine which cities have the most postings, which job titles are most common, and what the average starting salary is for various roles (excluding bonuses and other forms of compensation).

The average starting salary for SEO professionals has increased by 17% since 2012, with marketing managers/SEO managers seeing the biggest jump in pay (+26%), the analysis found.

Below, additional key findings. Check out the full report to see the complete list of salary ranges by location and job title.

Directors of marketing have the highest average salary of the SEO-related roles examined ($104,235), and SEO coordinators/associates have the lowest ($52,613). 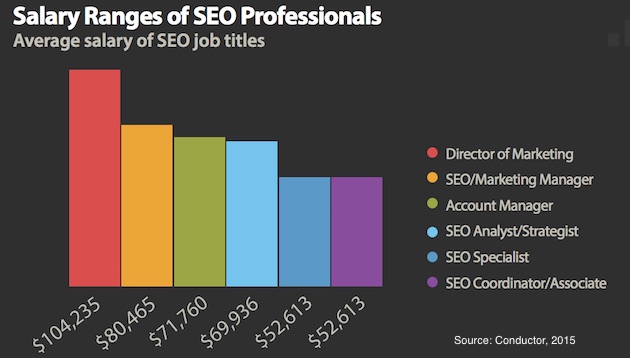 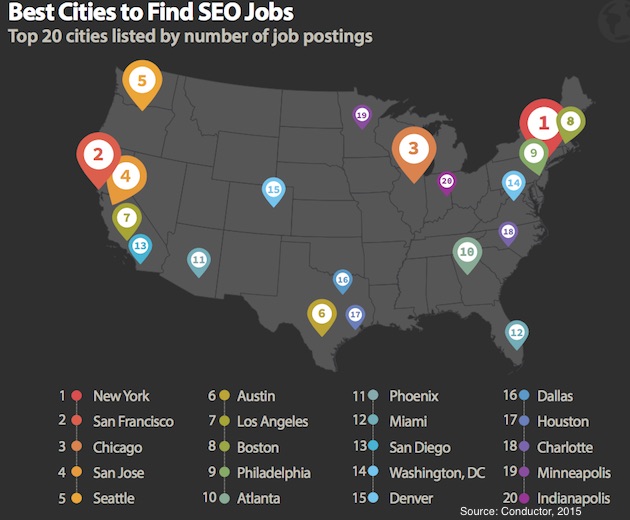 SEO/marketing manager is the most common SEO-related job title, followed by account manager. 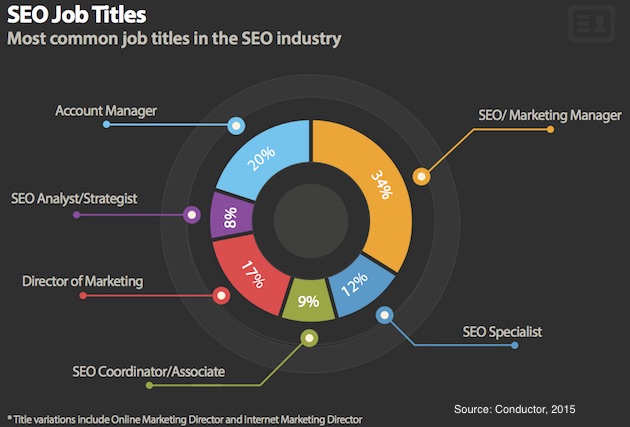 About the research: The report was based on data from 4,300 US job listings posted to Indeed.com and Payscale.com in 2015, as well as data from a similar 2012 study.