Some 27% of enterprise companies developed a global content strategy last year, and many say they now have at least one employee dedicated to overseeing content creation, according to a recent report from Skyword.

The report was based on data from a survey conducted in 2015 of 190 marketers who work at enterprise companies (those with at least 500 employees).

One-third of the enterprises surveyed say they have an editorial manager on their marketing team, and 28% say they have a content marketer (respondents listed all staff member titles, so some may have both positions).

Some 39% of companies with a content marketing leader on staff say they hired the individual between 2012 and 2014. 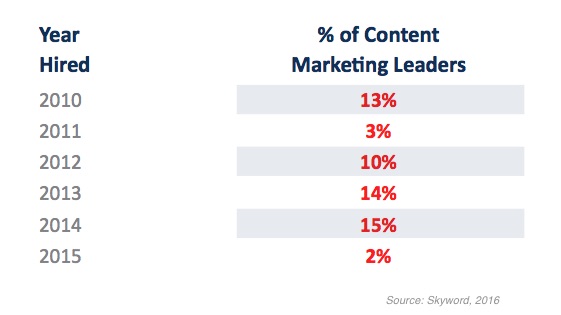 The majority (82%) of content marketing leaders at enterprise companies have some sort of media background.

The contributions of employees outside of the Marketing department to the content pipeline varies widely by organization, the analysis found.

Some 4% of respondents say no other staff have a hand in creating content, and 2% say  almost all employees at their company produce some content. 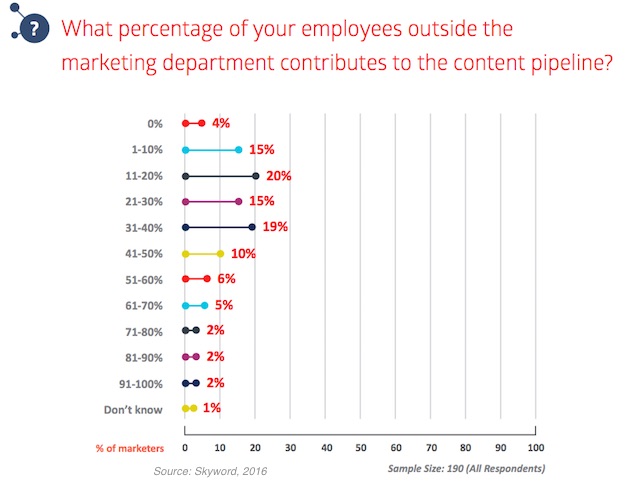 About the research: The report was based on data from a survey conducted in 2015 of 190 marketers who work at enterprise companies with at least 500 employees.