The Most Effective Ad Types for Influencing Voters

Most Americans say they have very little or no interest in political advertisements, according to a recent report from KSM Media and ORC International.

The report was based on data from a survey of 1,000 adults in the United States age 18 or older who were asked questions about various political ad types and formats.

More than half (58%) of respondents say they are not at all or not very interested in political advertisements; 42% say they are extremely, very, or somewhat interested. 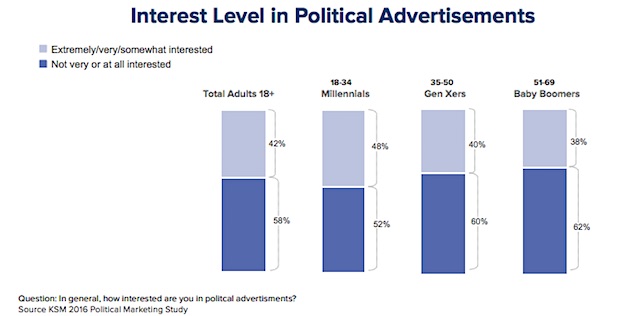 Asked to rank the sources of information that most influence their vote, 73% of respondents cited televised debates in their top three sources, 71% said news outlets, and 62% listed friends or family. 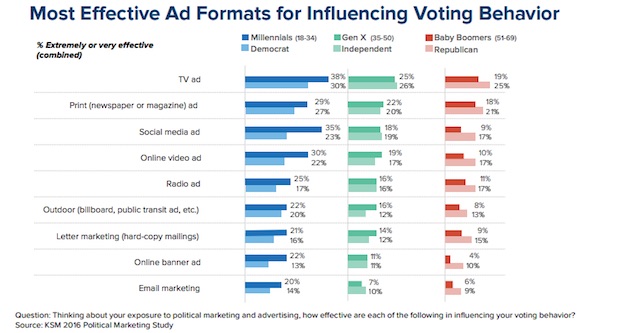 Social media ads are seen as the most effective digital ad type by respondents (34% say they are most likely to get their attention of any online format); online video ads rank second (29%).

About the research: The report was based on data from a survey of 1,000 adults in the United States age 18 or older who were asked questions about their sentiments about various ad types and formats.