Eye-Tracking Study: How People Use Google on Mobile

How does the behavior of Google search users differ on mobile devices vs. desktop computers? Are people more likely to focus on certain elements of search engine results pages (SERPs) when using smaller screens?

To find out, Mediative conducted an eye-tracking study in 2015 with 49 people of various ages. Participants were given 41 search tasks to complete using the Google search engine on an iPhone 5.

Google search users on smartphones tend to scan vertically, with focus starting at the top of the screen and quickly moving down rather than horizontal, the researchers found. That behavior is especially pronounced when SERPs include both paid and organic listings. 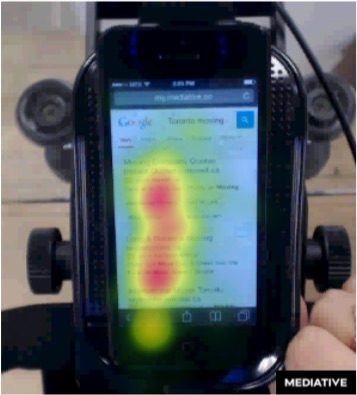 As with desktop pages, the top organic listing on a mobile SERP captures the most activity; however, it takes users 87% longer, on average, to see the first organic listing on a smartphone than on a desktop because other content often takes up most of the top part of the page.

Accordingly, ranking as one of the top few Google organic listings is especially important on mobile, Mediative found; only 8% of mobile clicks go to listings after the first four results. 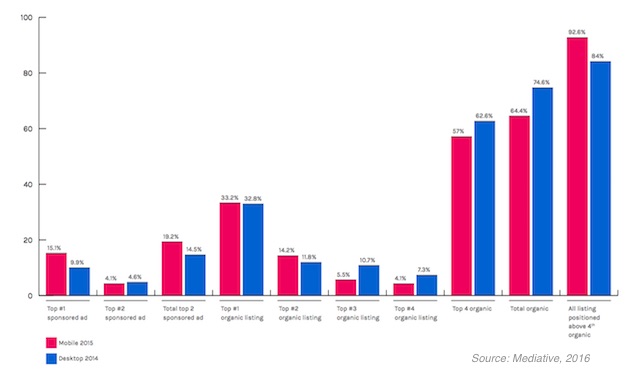 Since the top sponsored ads take up the majority of the screen space on a smartphone, they are seen by nearly all Google searchers using mobile devices, the analysis found.

Google paid ads with extensions, such as those that include the ability to call a business or see its location on a map, have a 30% higher click rate on mobile than those that do not.

Click rates for paid as well as organic listings are highest when two sponsored ads are shown on a mobile SERP; when three ads are shown, engagement levels drop: 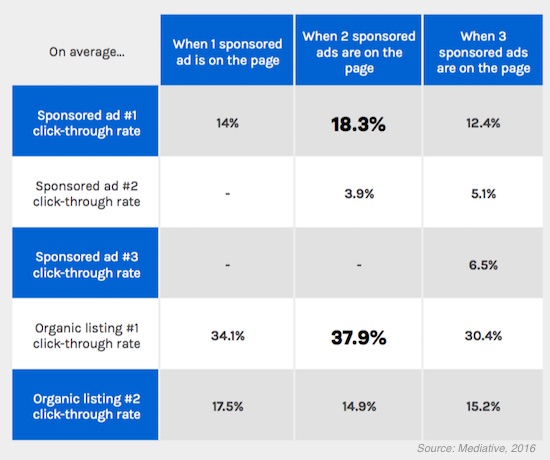 When a knowledge graph is viewable on a mobile SERP, it generally fills the entire visible screen space and requires that the user scroll down to view the listings below; this significantly reduces engagement with organic listings, the analysis found.

A highly relevant knowledge graph leads to a decrease in clicks to the top organic listing of 12.6%, on average. 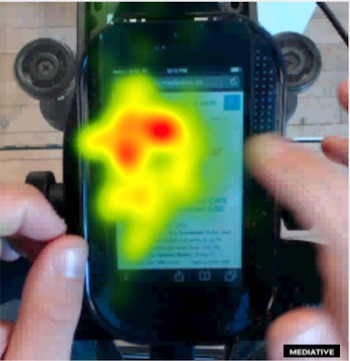 About the research: The report was based on data from an eye-tracking study conducted in 2015 with 49 people of various ages. Participants were given 41 search tasks to complete using the Google search engine on an iPhone 5.