Nearly three-quarters (72%) of donors say poor content affects whether they decide donate to a nonprofit organization, according to a recent report from Abila.

The report was based on data from a survey of 1,136 people in the United States, across all age groups, who made at least one donation to a nonprofit organization in the previous 12 months.

Some 35% of respondents say they would stop donating to an organization if its content is too vague.

And 25% say they would be hesitant if they receive information about programs they're not interested in, while 24% say dull content would affect their decision. 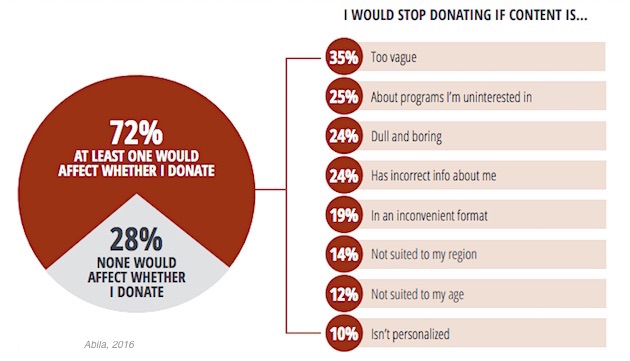 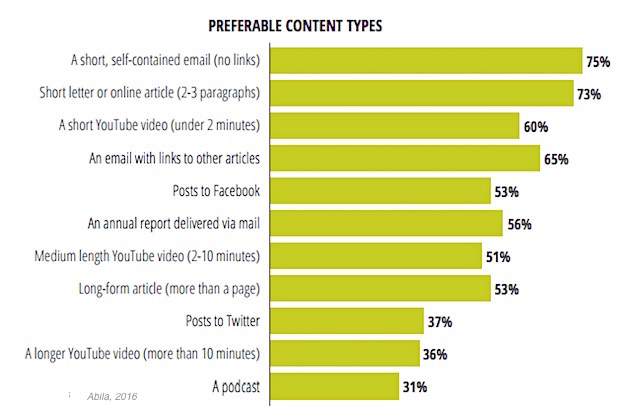 Most donors say they start to lose patience with nonprofit content as it gets longer.

Although donors generally like short written content, their preferences vary by situation. For example, respondents rank YouTube videos as the best format for telling an organization's story and inspiring action. 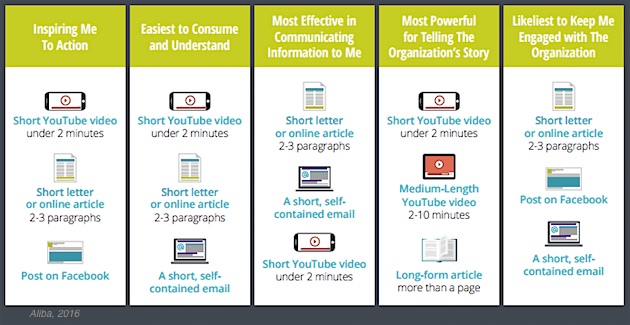 About the research: The report was based on data from a survey of 1,136 people in the United States across all age groups who made at least one donation to a nonprofit organization in the past 12 months.