What elements help video ads stand out in the Facebook News Feed on mobile devices? Which tactics can help brands keep users engaged with ads?

To find out, Facebook showed 965 video ads that were in market in the United States and Europe to a panel of consumers. Study participants were shown the ads in a way that mimicked the Facebook News Feed on mobile and were asked to evaluate the pieces based on four dimensions: first impressions, branding, messaging, and video features.

Below, key findings and recommendations from the report.

Capture Attention Quickly and Without Sound

Only 24% of the ads examined were understandable without sound, despite the fact that videos in Facebook's mobile News Feed first play silently.

Moreover, just 23% of ads included brand messaging that was easy to understand in the first 10 seconds of the video, and only 46% had easily recognizable brand links.

The researchers found the ads that were understandable without sound and which included brand messaging early on garnered better ratings from respondents. 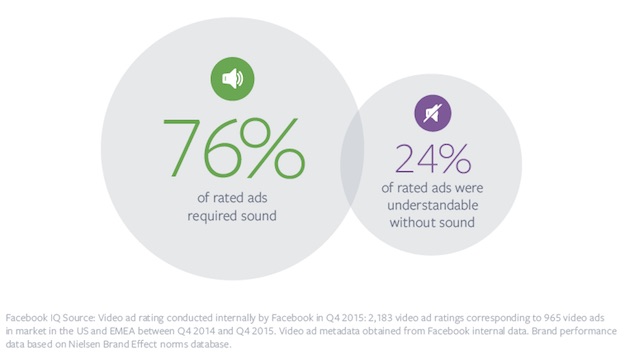 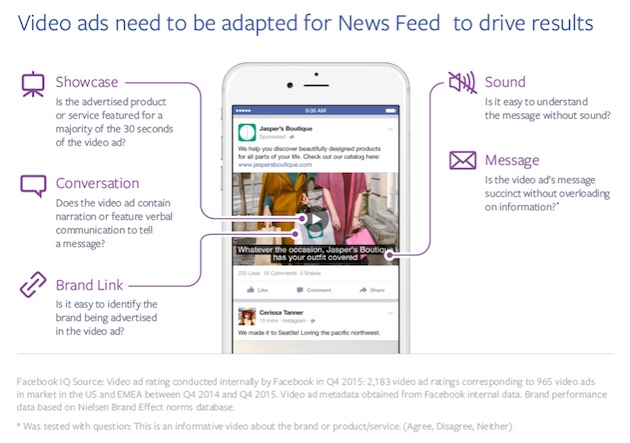 About the research: The report was based on data from a study of 965 video ads shown on Facebook that were in market in the United States and Europe.