Viewability's Impact on the Effectiveness of Digital Advertising

Are people more likely to recall a digital advertisement if they are exposed to more of the ad unit or if they see it for a longer period of time (or both more and longer)?

To find out, IPG Media Lab, Integral Ad Science, and Cadreon conducted an in-depth online study with a nationally representative panel of 9,876 adults in the United States. Participants were split into 189 test cells, and were shown a mix of ad types (standard banner, large format, and video) for different lengths of time and with different percents of the units in view.

The researchers measured recall for ads that met, exceeded, and fell short of the Media Ratings Council’s (MRC) desktop viewability standards. For example, the MRC threshold for a standard banner ad is that at least 50% of the unit must be in view for a minimum of 1 second.

Overall, as viewability increases so to does consumer attention and ad recall, the analysis found.

Percent-in-view (i.e., the share of pixels of an ad that a consumer is able to see) marginally impacts recall, with effectiveness only increasing significianly once most (75% - 100%) of an ad is visible.

Time-in-view, on the other hand, has a consistently strong correlation to recall, with steadily more consumers remembering an ad the longer it is displayed for. 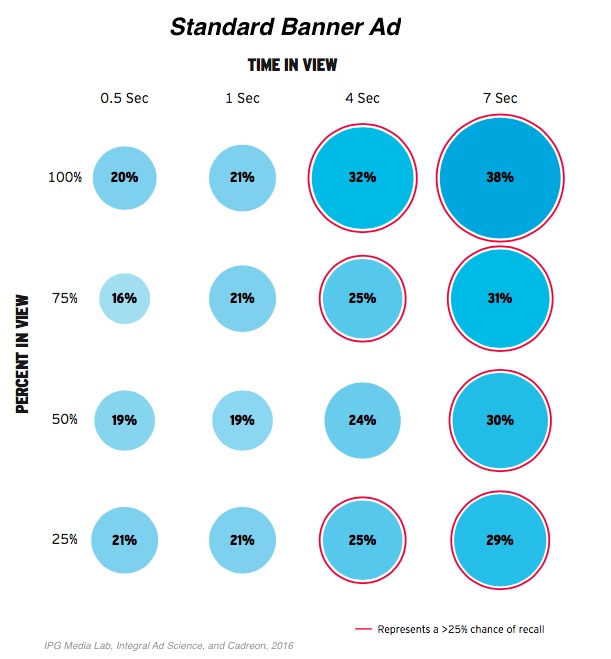 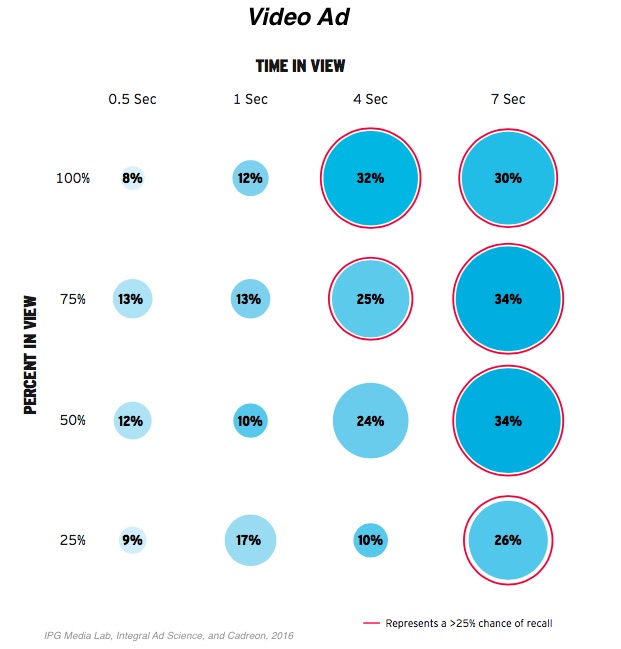 About the research: The report was based on an in-depth online study with a nationally representative panel of 9,876 adults in the United States.