The Top 10 Companies LinkedIn Members Want to Work For

Google is the most attractive employer on LinkedIn, in that it does the best job of any major US corporation of attracting and retaining professionals, according to recent research from the social network.

The report was based on an analysis of billions of actions taken by LinkedIn's members between February 2015 and February 2016.

The researchers looked at three factors to determine the rankings: Job applications (the number of views and actual applications for a company's postings on LinkedIn); engagement (how many non-employees attempt to view and connect with a company's employees, etc.); and retention (how long new employees stay after joining).

Only companies with 500+ employees were included in the dataset.

In the US, Salesforce ranks second and Facebook is third, followed by Apple, Amazon, Uber, Microsoft, Tesla, Twitter, and Airbnb.

LinkedIn provides a full list of "top attractors" in the United States. Australia, Brazil, France, India, and UK rankings can be found in the full report. 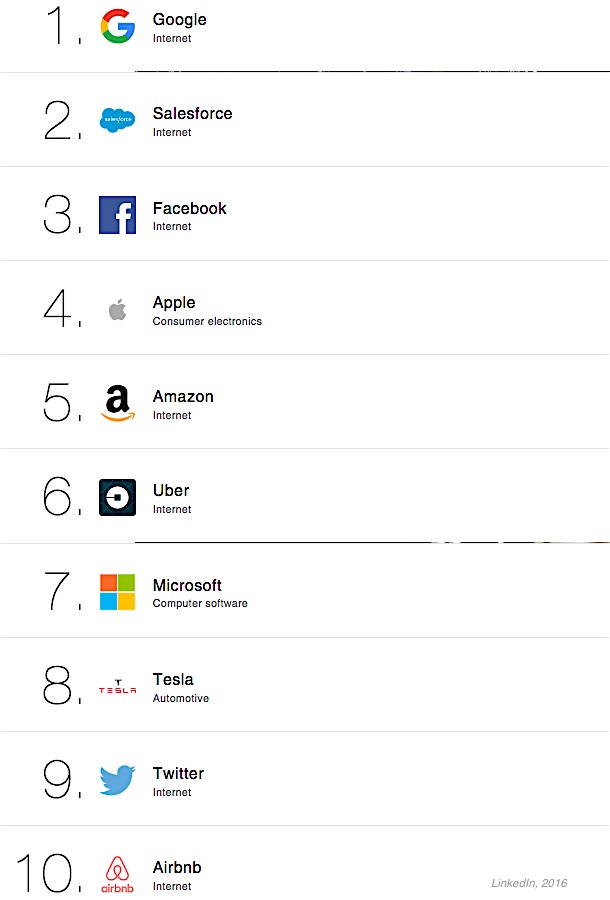 About the research: The report was based on an analysis of billions of actions taken by LinkedIn's members between February 2014 and February 2015.