The percentage of consumers who watch 10 or more hours of online video each week is steadily increasing, according to recent research from Limelight Networks.

The State of Online Video Report was based on data from a survey fielded in May 2016 of 1,086 consumers in the United States, the United Kingdom, and Canada.

Half of the consumers surveyed say they watch between one and four hours of online video each week. 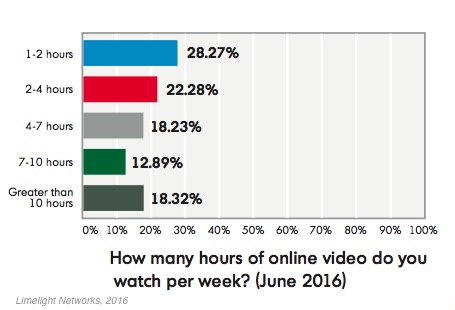 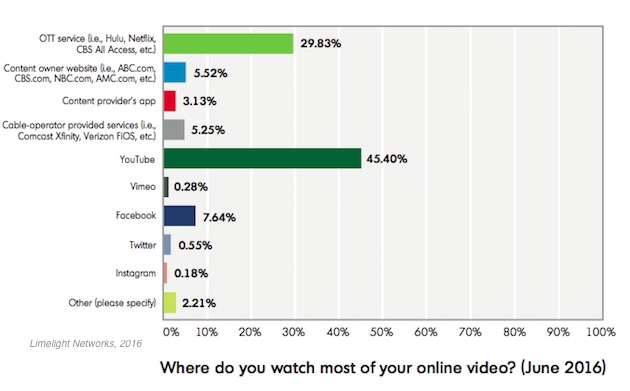 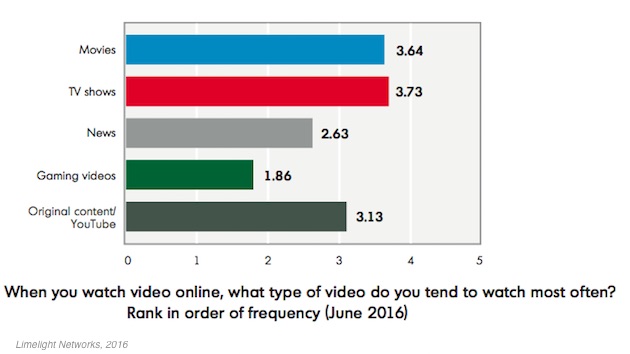 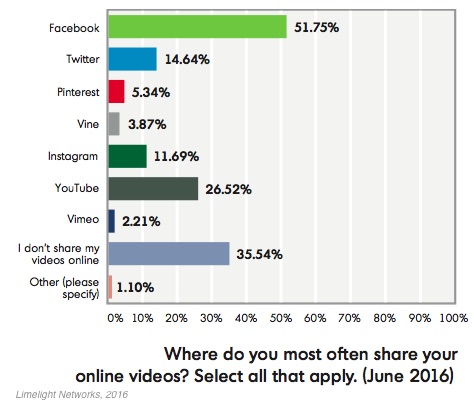 About the research: The State of Online Video Report was based on data from a survey fielded in May 2016 of 1,086 consumers in the United States, the United Kingdom, and Canada.